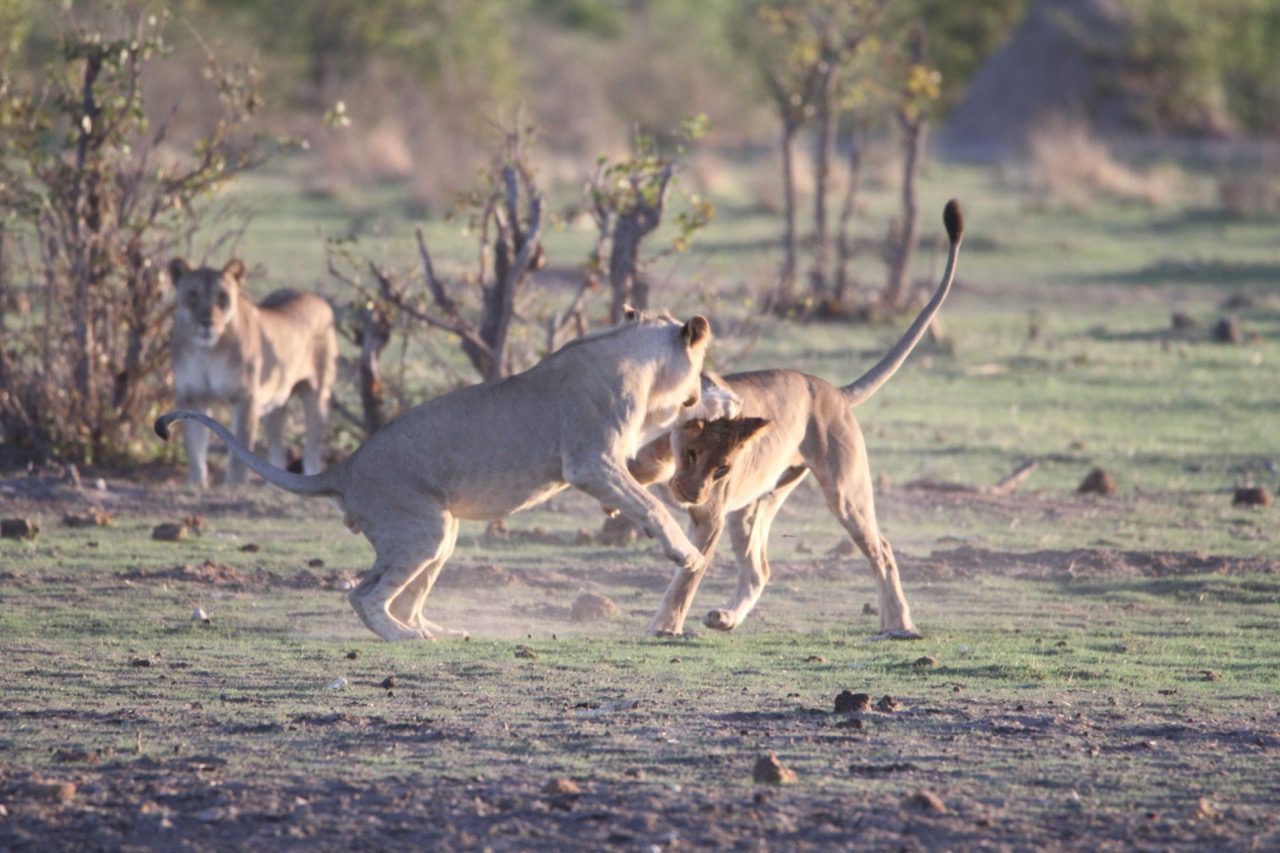 Okaukuejo is the administrative center for the Etosha National Park in Namibia. The rest camp was formerly a military outpost founded in 1901. Okaukuejo is home to one of the most popular waterholes in the Etosha National Park. It is instrumental in the dry seasons when the animals have no natural water elsewhere in the region. A highlight is observing the endangered black rhino who gather after dark.

🙁 Can’t complain but the black rhino mewling all night kept us awake!

I went to check hide out at 01h30 (only a springbok) and then again at 04h30 – nothing. Up at 05h45 and packed up. Loved this camp site. Drove to first water hole and decided to take a look – we were the only vehicle out. Delighted to find two females and 2 sub adult male lions playing in the rising sun…watched them playing until 09h00 while we had our coffee. What a way to start the morning! We even thought we were going to witness a kill as a zebra came down to drink and they went into stalk mode – but they spotted the lions and ran off. The female then roared calling to the big male. Heaven on earth….We will let the photos do the talking …. we really did not want to leave…

Finally another car turned up so we though that we would leave the sighting to them, especially as the lions had moved to the shade and were likely to become flat cats very soon. Game viewing was prolific! Ostriches, Giraffe, Zebra, Springbok, Jackals, Eagle, Hartebeest, Gemsbok, Wildebeest etc etc Especially cute with all the newborns! Very Hot.

Charlotte spotted three male lions right next to the road – they were also hot and super lazy so we headed onwards to camp.

Allocated Site 34 – on edge of site and and near the water hole. Lunch was pleasant but very slow service. Spend the afternoon lazing around the pool and when it cooled down at about 16h00 decided to go for another game drive.

A wonderful time of year as they all have newborns.

Back to camp at 18h00 when Godfrey came to fix the car AGAIN. Had a braai with pork chops, pap ‘n sous and salad – delicious. Stunning sunset.

Headed to waterhole. Caterpillars EVERYWHERE!! The descended the trees on threads and covered the walkway and benches – called Commando caterpillars because the large numbers of larvae advancing are reminiscent of a commando of soldiers on manoeuvre. The worst outbreaks occur occur after late summer rain following drought- the exact circumstances which we found ourselves in – what a nuisance!

The waterhole was literally a Garden of Eden! First a lone black rhino came to drink. He was joined by a lioness and two male lions. Then a 2nd, 3rd and 4th black rhino joined the party. Incredible. The lions roared until 23h15! Two black rhinos mewled and snorted and growled at each other all night long! A car alarm went off at about 02h00 – then ours did the same!! Very disturbed night but without a doubt the best camp for wildlife viewing in Etosha!

Go Back to: Olifantsrus 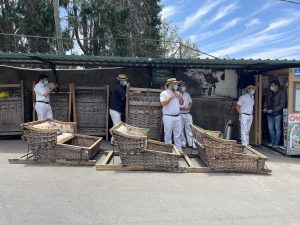 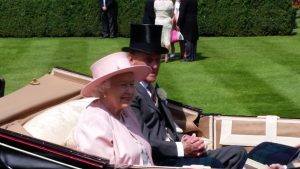 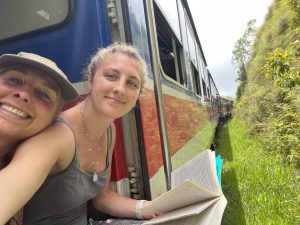