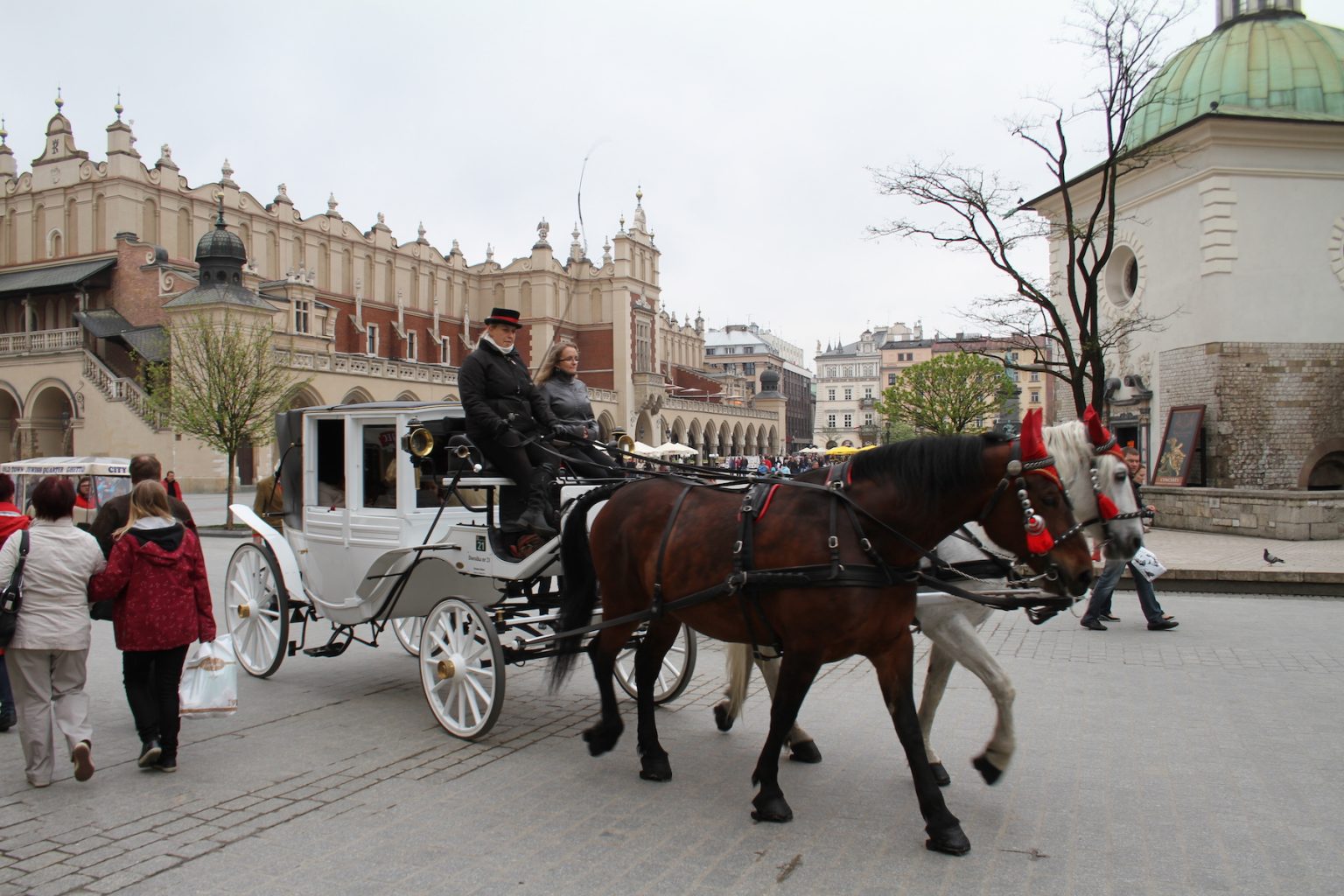 Krakow is an historical city with cobbled street bursting with colour and culture. Kraków was the official capital of Poland until 1596 and has traditionally been one of the leading centres of Polish academic, economic, cultural and artistic life. Cited as one of Europe's most beautiful cities, its Old Town with Wawel Royal Castle was declared the first UNESCO World Heritage Site in the world.

THREE things that we did not know about Krakow:

Paul and I are fortunate enough to have our wedding anniversary on a Bank Holiday weekend which means we always get to go away and celebrate. This year we chose Krakow. After an easy flight we were transferred to the City Square which is where our apartment was situated. A HUGE old communist type of place with the only downside being the flights of stairs that we had to climb. Poor Charlotte had succumbed to a tummy bug and did not feel great.

The Main Square, also known as Main Market Square, is the biggest Medieval plaza in Europe. Its 40,000 square meters are truly astonishing. The Main Market Square (Rynek Glówny in Polish), designed in 1257, is considered Kraków’s city center and has an important historical, cultural and social significance. We headed there for a quick lunch.

We then did a City Tour to get our bearings in a little trolley. Poor Charlotte had to jump off to be sick! It was a handy way of getting around!

We stopped at Ghetto Heroes Square, Krakow, Poland. The empty chairs are powerful. The chairs look back to the square’s history, and the empty furniture that was discarded there. The chairs convey man’s inhumanity towards man.

We stopped at Schindler’s Factory

That evening Charlotte decided to stay in the apartment and sleep while we went out for dinner. We sampled Schnapps!

Next stop was the Wieliczka Salt Mine, in the town of Wieliczka, southern Poland, lies within the Kraków metropolitan area. From Neolithic times, sodium chloride was produced there from the upwelling brine. The Wieliczka Salt Mine reaches a depth of 327 metres (1,073 ft), and extends via horizontal passages and chambers for over 287 kilometres (178 miles). There are massive salt crystal chandeliers. YOu can worship in St. Kinga’s Chapel, deep in the Wieliczka salt mine.

Charlotte fortunately felt better and joined us for dinner.

The next day we wandered and enjoyed the sites and sounds of the Square. 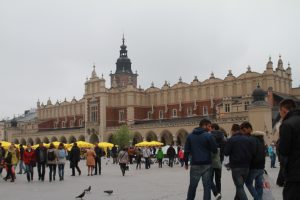