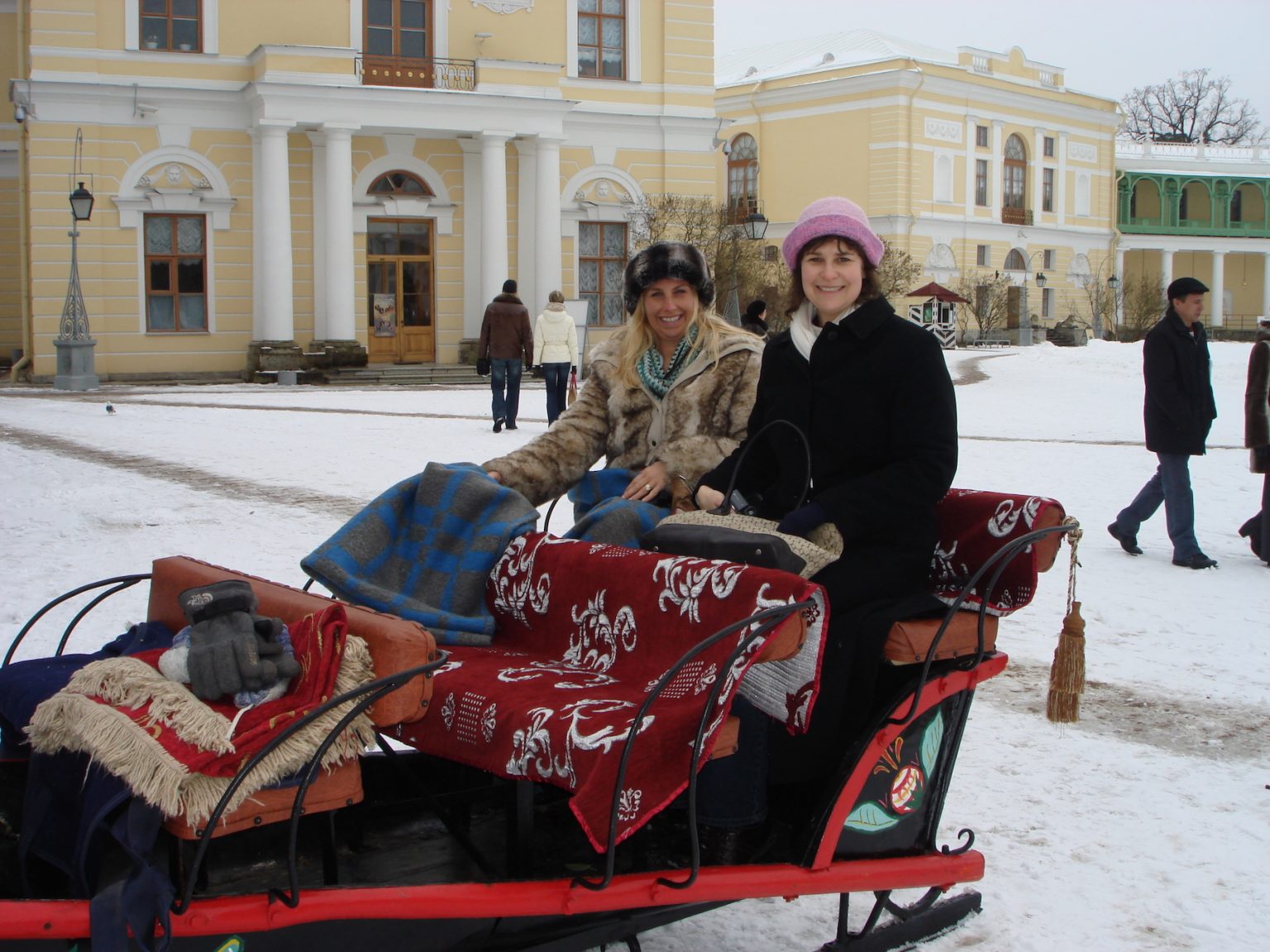 St. Petersburg is a Russian port city on the Baltic Sea. It was the imperial capital for 2 centuries, having been founded in 1703 by Peter the Great, subject of the city's iconic “Bronze Horseman” statue. It remains Russia's cultural centre, with venues such as the Mariinsky Theatre hosting opera and ballet, and the State Russian Museum showcasing Russian art, from Orthodox icon paintings to Kandinsky works.

THREE things we did not know about St Petersburg:

My cousin and I had booked this trip together on her annual visit to Europe on business.Unfortunately a week before she fell off her horse and broke 8 ribs. Fortunately my friend was very keen to join so we met a Gatwick on a Friday afternoon for our flight via Stockholm to St Petersburg. My luggage was lost but what could we do… I just had to wear the same clothes every day! wW checked into our Hotel Angletterre and headed to bed excited for the next day!

We bumped into the Winkler von Stornheims at breakfast the next morning – what a small world! Our guide met us and our first stop was the Hermitage. The State Hermitage Museum is a museum of art and culture in Saint Petersburg, Russia. It is the largest art museum in the world by gallery space. It was founded in 1764 when Empress Catherine the Great acquired an impressive collection of paintings from the Berlin merchant Johann Ernst Gotzkowsky. With over 3 million items in its collection, you would need eleven years to view each exhibit on display for just one minute!!!

We had lunch at a wonderfully cosy restaurant oozing with atmosphere and enjoyed traditional Pelmeni, meat stuffed dumplings in a clear broth – delicious.

We did more sightseeing and enjoyed strolling through side roads and into little churches.

The Church of the Saviour of the Spilt Blood was built to memorialise Alexander II following his assassination in 1881, this magnificent church with Italian pink marble floors and numerous mosaics was modelled after 16th and 17th century churches, contrasting sharply with the prevailing architectural styles.

We enjoyed dinner at the Caviar Bar & Restaurant – even downed a shot of Vodka … when in Russia!! The food was delicious.

Coming up next was the Highlight! The Balshoi Ballet performing Swan Lake! The Bolshoi has been recognised as one of the foremost ballet companies in the world.  What a privilege to be there – it was incredible.Our tickets included an early entrance so that we could tour the theatre.

Swan Lake was outstanding. What a night…

We decided to stroll back to our hotel and enjoy the sights by night even though there were fine flakes of snow. It really was quite magical.

The next morning we were up and out the door after breakfast feeling pleased that it had snowed as we were due to take a horse drawn Troika trip (a traditional Russian horse harness driving combination) around the Winter Palace. The Winter Palace is a palace in Saint Petersburg that served as the official residence of the Russian Emperor from 1732 to 1917. The palace and its precincts now house the Hermitage Museum.

It was such a lovely way to see the area from a different perspective. We then toured the magnificent rooms.

After the finesse of the palace we headed to a rustic wooden building for another traditional and hearty Russian meal perfect for a cold day!

We wandered around the market and I bought the girls troika dolls.

We’d had such a great weekend and explored and learnt so much – a real bucket list ticked off! 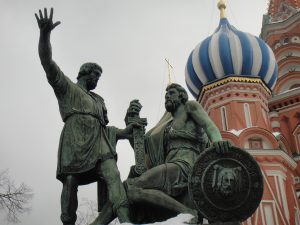 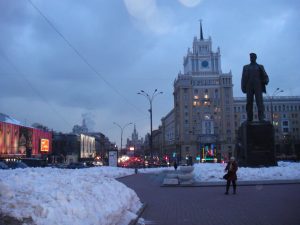