Day 7: Thursday, 30 June 2022. The Northernmost Post Office in the world and our last day at sea celebrated in style on the zodiacs with champagne!

Day 6: Wednesday, 29 June 2022. Another highly exciting day - we sailed right up to the ice floe!! 81 Degrees North! Woo!Hoo! Absolutely spectacular to be surrounded by the ice floe.... 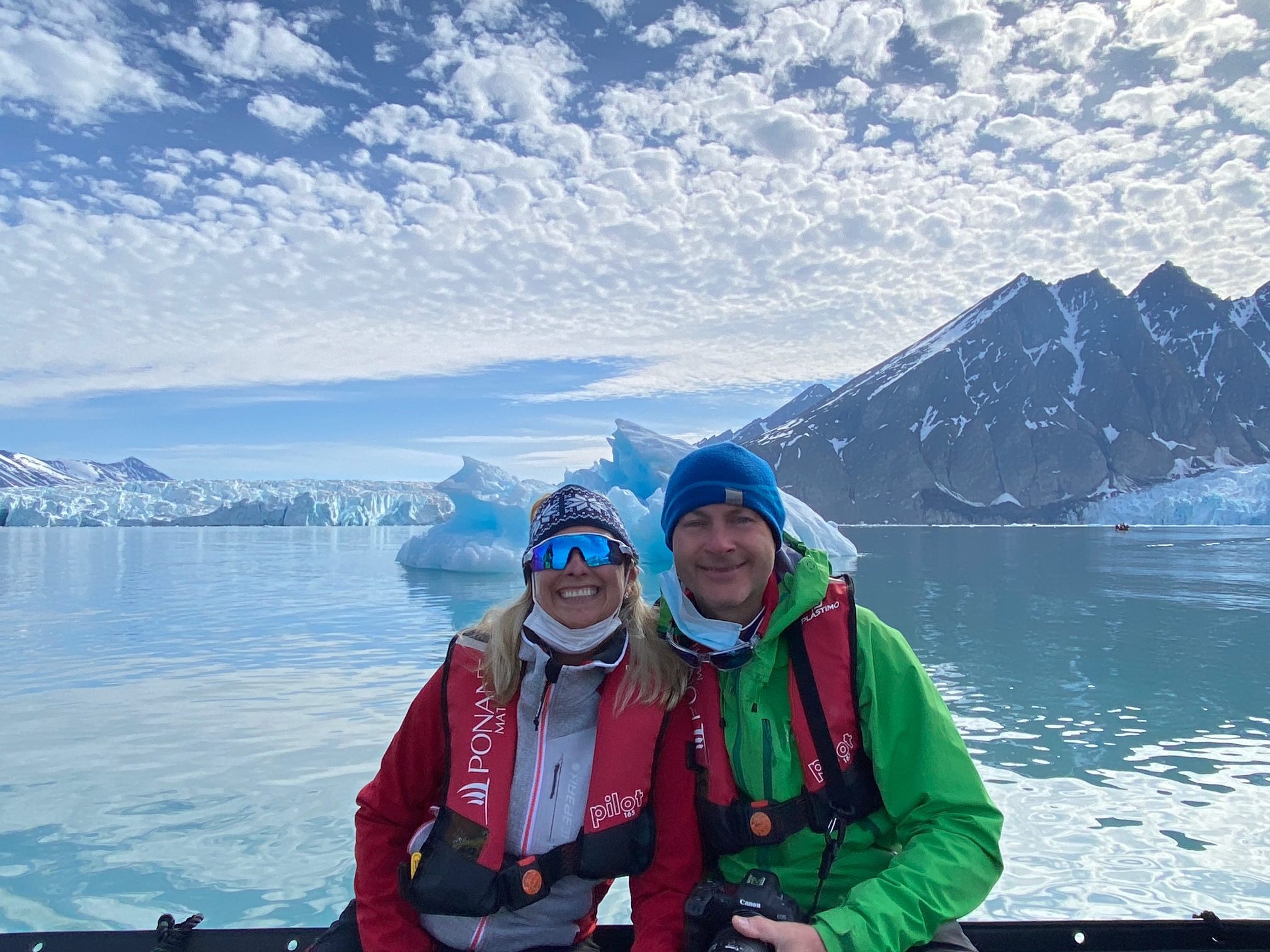 Day 5: Tuesday, 28 June 2022. Our most spectacular day of our cruise in the Zodiac. The colours were superb as was the loud cracks of ice quakes all around us. Awe inspiring and magnificent. 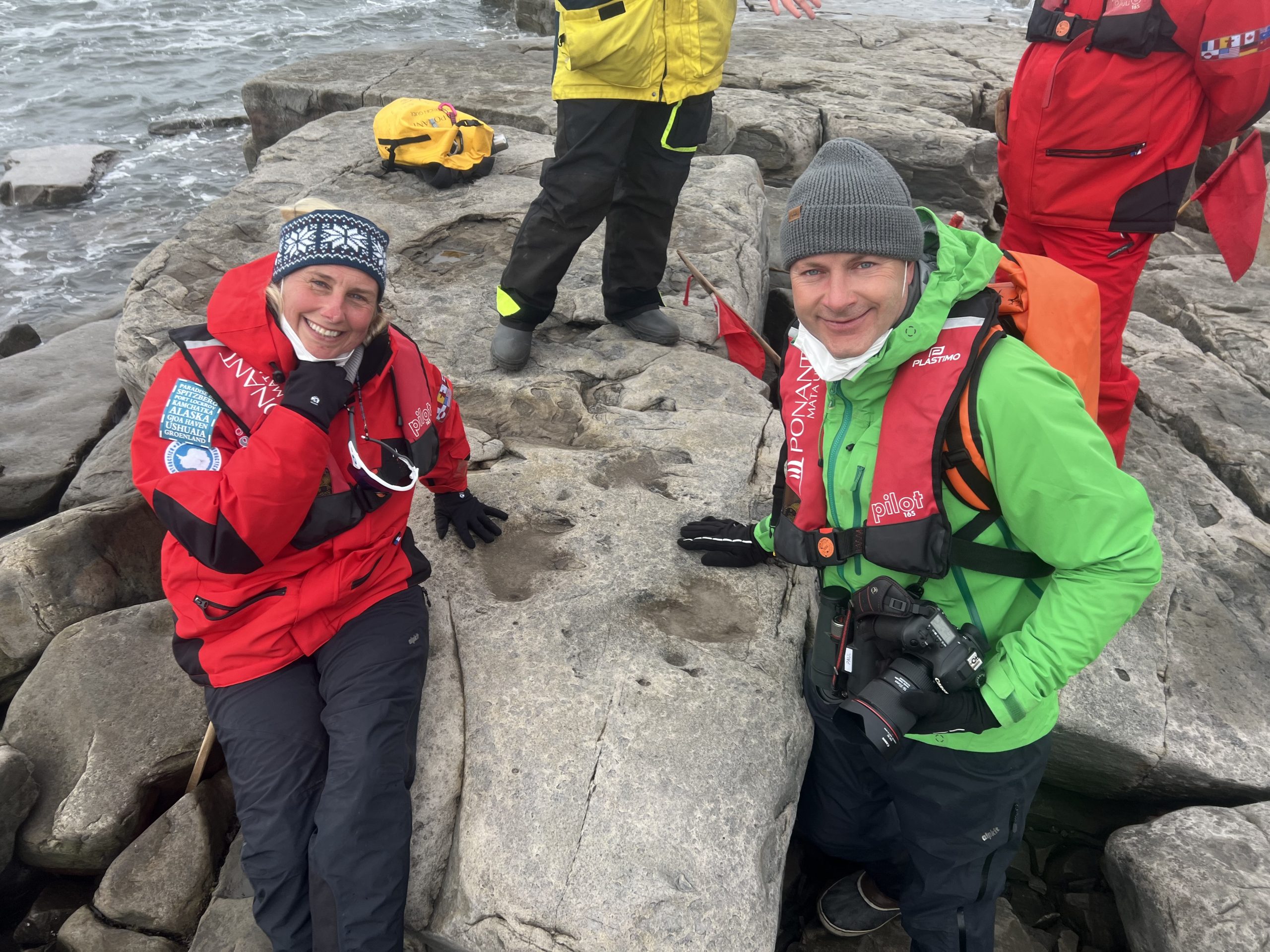 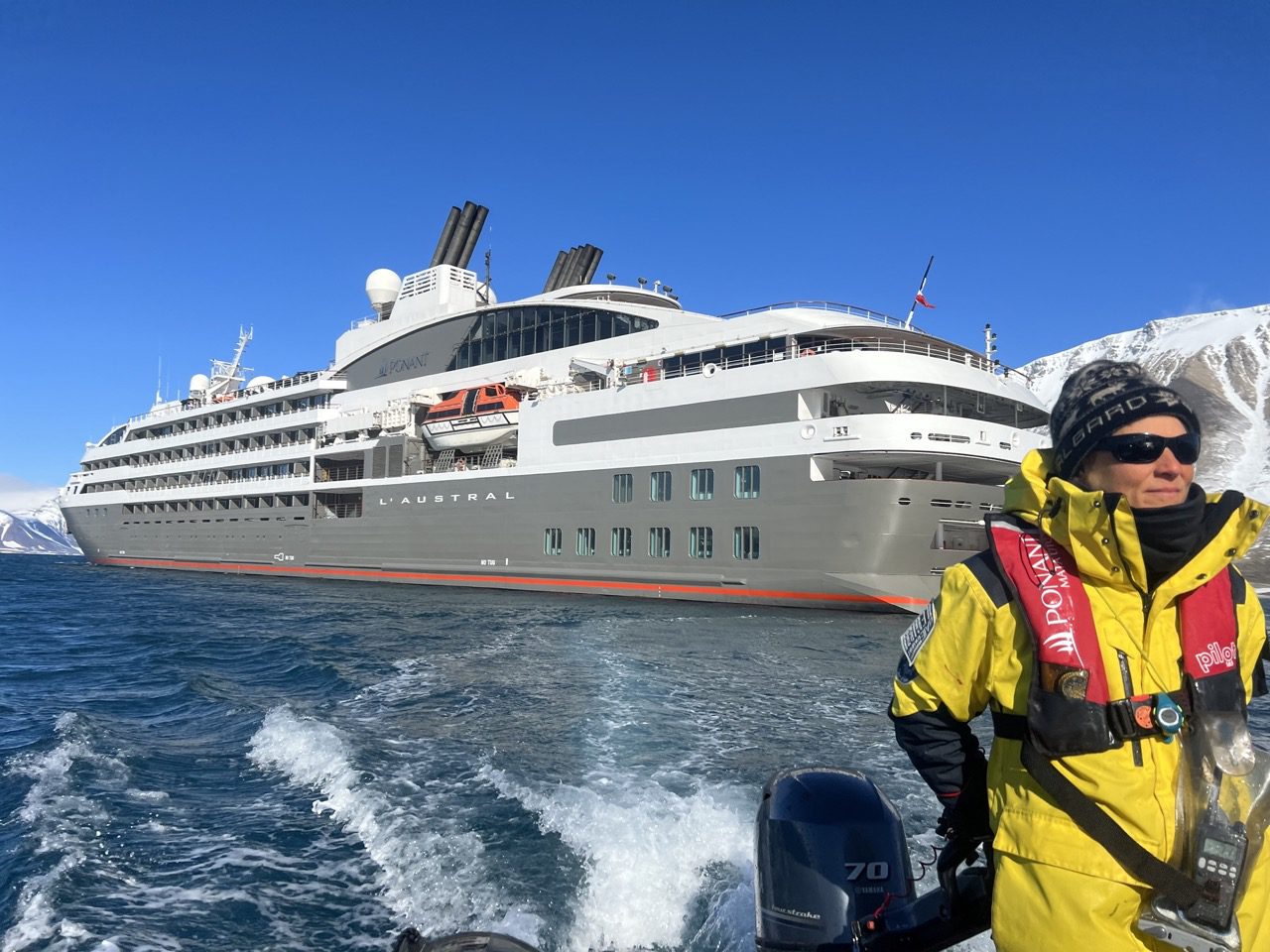 DAY 2 - Saturday, 25 June 2022 - Hornsund: Svalbard's southernmost fjord with 8 glaciers cascading into the water - SPECTACULAR! Whale bones dating back to circa 1620! 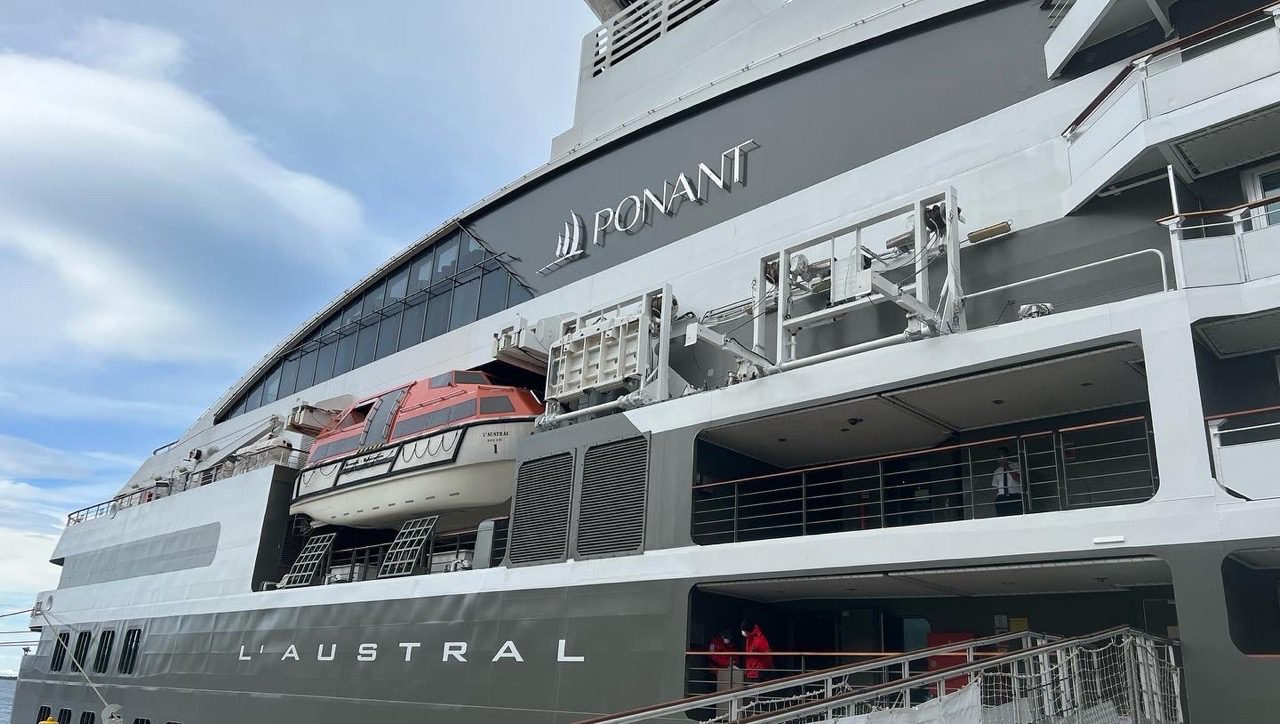 The word Antarctica comes from the Greek language, antarktikos, which means “opposite to the Arctic”. In turn, Arctic comes from the Greek word arktikos, which means “of the bear”, in reference to the northern constellation called Osa Menor, in which is the Polar Star, which marks the North Pole. An Arctic Expedition was a bucket list dream come true! Sadly our rustic Photographic Expedition Ship was delayed on a final inspection at the last minute so we were forced to switch to a Luxury Cruise with Ponant, the only other vessel sailing in the same timeframe. 'The scenery in this part of the world is simply spectacular. Icebergs, sea ice and volcanic mountain landscapes extend as far as the eye can see. And amidst it all roams the polar bear, king of the Arctic, in complete peace and tranquillity. To take an Arctic cruise is to allow yourself to be transported to a world where man is simply a spectator and nature reigns supreme.'

To the uninitiated, Svalbard may seem desolate and barren with large open landscapes, sparse vegetation and endless glaciers. But if you look beyond this first impression, you will discover an eldorado of nature-based experiences – all year round. The seasonal variations this far north are enormous – the long, dark winter season is replaced by bright spring months, which in turn are replaced by a surprisingly mild summer with sun 24/7. 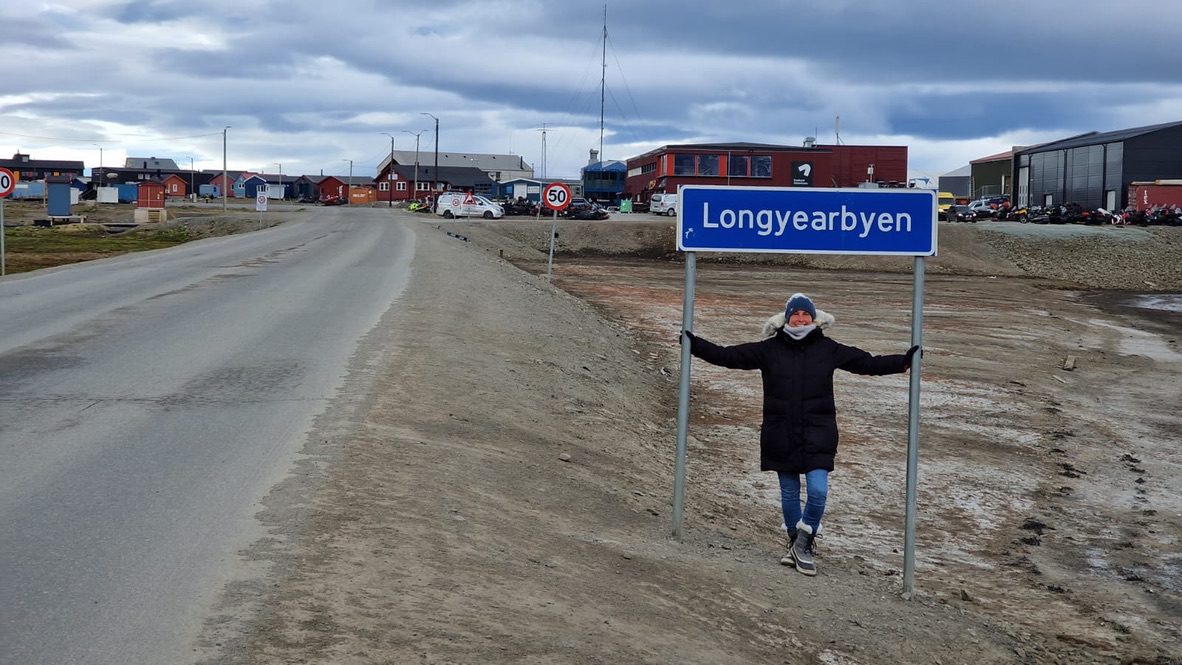 Longyearbyen is a small coal-mining town on Spitsbergen Island, in Norway's Svalbard archipelago. This Arctic town is known for its views of the Northern Lights and the Svalbard Global Seed Vault which is a secure backup facility for the world's crop diversity. Live bears can occasionally be seen in the area. The North Pole Expeditions Museum recounts early efforts to reach the pole by air. The scenery is spellbinding, and the islands offer you the chance to enjoy experiences that few other destinations can offer. 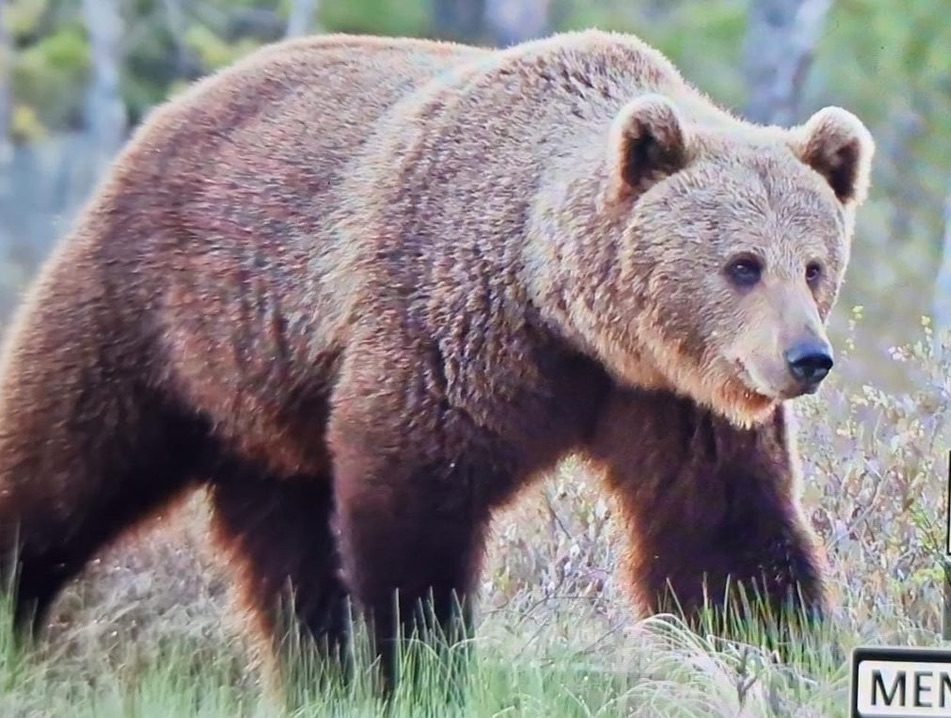 Bear Centre is a Finnish company located on the eastern border specialising in Bear, Wolverine and Wolf photography safaris. There are 29 rustic hides to choose from offering the best photographic opportunities as well as luxury cabins, all of which are set in the pristine forest.