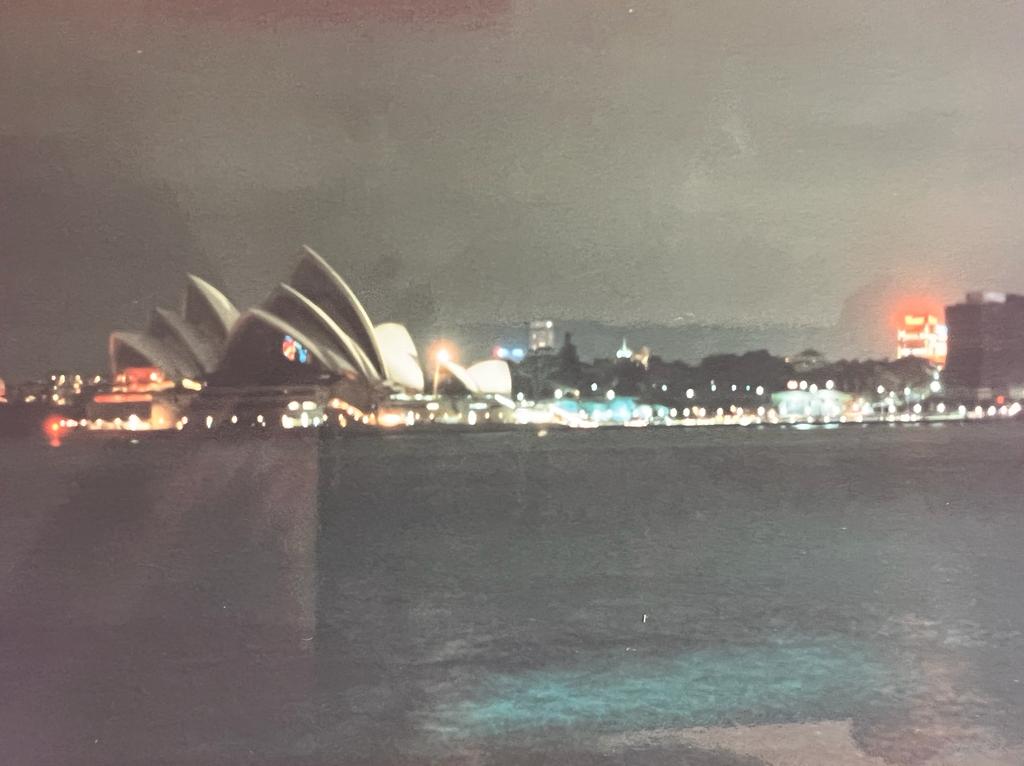 Sydney, capital of New South Wales and one of Australia's largest cities, is best known for its harbourfront Sydney Opera House, with a distinctive sail-like design. Massive Darling Harbour and the smaller Circular Quay port are hubs of waterside life, with the arched Harbour Bridge and esteemed Royal Botanic Garden nearby. The Blue Mountains is a rugged region west of Sydney in Australia’s New South Wales. Known for dramatic scenery, it encompasses steep cliffs, eucalyptus forests, waterfalls and villages dotted with guesthouses, galleries and gardens. Katoomba, a major town in the area, borders Blue Mountains National Park and its bushwalking trails. Echo Point affords views of the storied Three Sisters sandstone rock formation.

Our campervan trip started in Sydney on 13th February 1995 and we flew out of Sydney on 28th April 1995 – a total of just under 11 weeks of adventure, trial and tribulation! Every day brought new and interesting sights and every evening we did school work with Trent who seemed to easily grasp all the concepts and flourish at the exercises.

Landed in Sydney at 11h00 on February 13th – bumpy landing! Cloudy, rainy, tired – bus to hotel – $62 – v expensive! Walked to Kings Cross Car Market to check out campervans – nice selection. Negotiated from $2,700 to $2,450 with a nice couple called Arik and Karen from Israel/ America. Left Kombi in free car parking and had cafe meal. Watched Naked Gun and celebrated our bucket list dream purchase of a KOMBI with champagne!

Up early, packed and made visa plans for USA/NZ/Fiji. Wondered around sight seeing and headed for lunch up Centrepoint revolving tower for a romantic Valentine’s Day lunch – delicious seafood platter. Paul bought me beautiful opal earrings and necklace after I suggested he propose again after my divorce has come through! Lovely way to spend the afternoon. Enjoyed the afternoon at Bondi.

For the next few days we headed to Katoomba in the Blue Mountains in the campervan. Delicious Thai for dinner. Echo Point was very misty so struggled to see the famed Three Sisters. Thoroughly enjoyed the Jenolan Caves Jenolan Caves which are one of the great natural spectacles in Australia: the most ancient open caves in the world with arguably the most beautiful limestone formations. Tucked into a remote valley in the southern Blue Mountains National Park, this labyrinth of stalactite-lined chasms carved by pure underground rivers is a must-do!

We headed back to Sydney and enjoyed the portrayal of ‘Old Sydney Town’ as it was in 1804 when it was a penal colony – this attraction closed in 2003. As soon as we arrived we were ‘arrested’ and ordered to climb on a wagon to be flogged. Trent thought it was real and started to cry! The public flogging was very realistic as blood appeared after every lash? We had a jug of beer with a local singer from South Africa who had lived in Umkomaas for years!

Afterwards we stopped off in the Hunter Valley for a spot of wine tasting. We purchased a couple of bottles to enjoy in the evenings.

Fast forward on our trip to Friday 21st April 1995 … we left the great company of Simone and Erik who had put up with us in Melbourne while we were waiting for our USA Visa to come through. It was a long and slow journey to Manley, near Sydney and we only arrived at 21h30 with the vehicle spluttering all the way! We arrived to a warm welcome at Wayne and Tina’s. Wayne and Trent played computer games. Tina had made a delicious lasagne and we all drank far too much red wine after putting Trent to bed! Wayne the Pain as lovely as ever. Tina and Paul passed out and we chatted until the early hours reminiscing – such a lovely evening. We enjoyed a lazy day relaxing and catching up on washing etc at theirs the next day as they had a Greek Family Easter commitment.

Wayne and Tina suggested we do a trip back to the Blue Mountains. Weather and views picture perfect this time! Only downside was there there were also 10,000,000 other people enjoying the sunshine! We did the Giant Staircase Walk, took the ‘steepest rail road in the world’ – the S2. Walked the Skyway. Saw the Three Sisters from the Echo View Point. A splendid excursion!

We’d dropped the Campervan at an auto electrical place to be repaired – cost $325 – better than expected. Wayne takes a ferry from Manley to Sydney every day to work – what a great commute and way to start your working day! We enjoyed an outing to Sydney – they generously bought us a delicious meal at a German spot. We also stopped off for a treat at Luna Park which Trent loved. Such a fun day out!

We spent our last two days in Sydney trying to sell the campervan – got quite despondent as no interest and our flight to Fiji in two days time was waiting for no one!! We recognised a number of faces at the car market, all of whom had been on the ‘circuit’ – about 40 vehicles being sold in total. Finally, just as we were planning to just leave the Kombi behind with the keys in it at 6pm when the market was closing, a Spanish chap came over – he offered $2,300. We did not have the energy to negotiate – we had bought it for $2,450 Spent $600 + $325 on it. It had taken us on the full circuit. Phew. What a relief. He gave us the cash and we left a ‘slab of tinnies’ for all Sellers, as was customary when you had sold your vehicle and were then moving on. What a great way to have experienced the coast and the outback – a MUST DO.

We headed back to Wayne and Tina’s for our farewell meal. We gave them $50 to cover phone calls for Visas etc. They had been so welcoming and hospitable that we were really going to miss them. Tina even gave Trent a birthday present – so thoughtful. Wayne the Pain took us to the airport and we were off on our next leg of our adventure! 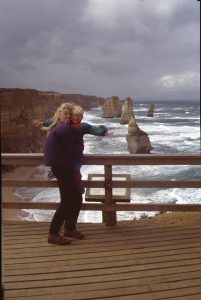 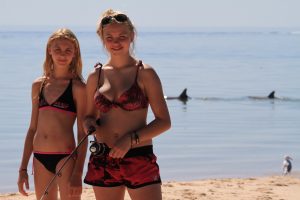 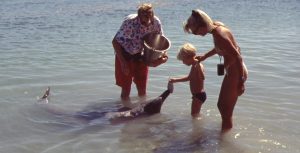