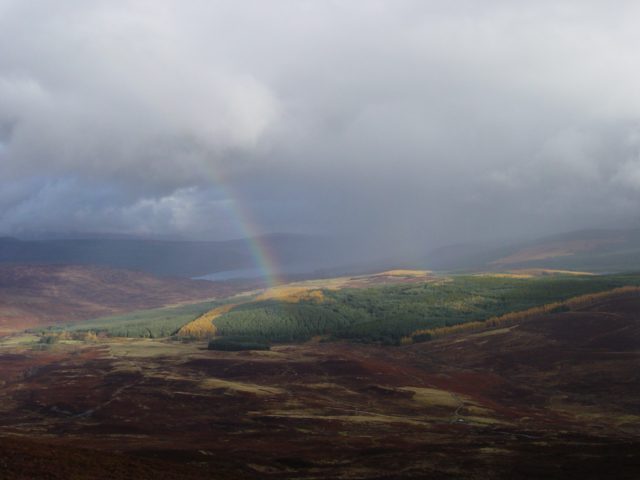 Loch Tay is a freshwater loch in the central highlands of Scotland, in the Perth and Kinross and Stirling council areas. It is the largest body of fresh water in Perth and Kinross, and the sixth largest loch in Scotland. The watershed of Loch Tay traditionally formed the historic province of Breadalbane. Schiehallion is a prominent cone-shaped mountain of the Breadalbane in Perthshire, Scotland. Schiehallion has a rich botanical life, interesting archaeology, and a unique place in scientific history for an 18th-century experiment in "weighing the world".The Schiehallion experiment was an attempt to measure the mass of the earth using a pendulum and a mountain (Mount Schiehallion). The mass of the mountain was approximated and the deflection of a pendulum due to the gravitational force of the mountain was measured.

Loch Tay is a magnificent dark stretch of water, 15 miles (24 km) long and around 508 ft deep. It is the largest loch in Perthshire and one of the deepest in Scotland. To the north, the loch is flanked by the impressive bulk of the Ben Lawers mountain range, much of which is designated as a National Nature Reserve. The main A827 road runs high above the loch, west from Kenmore. The contours are gentler on the southern shore and Sustrans Cycle Route Number 7 runs along a quiet unclassified road. An easy flight to Edinburgh with Easy Jet.

We booked The Anchorage which is a stunning house on the shore of Loch Tay. It was Halloween Weekend – so time to dress up! Trent was doing his Duke of Edinburgh Bronze in Wales.

The next day we went for a stunning autumnal 2Km walk to the the Falls of Acharn. The walk is through a spectacular wooded gorge. You ascend to a small man made ‘Hermit’s Cave’ which is reputed to have been visited by Robert Burns and William Wordsworth! You then follow a tunnel to exit to the breath taking view of the falls tumbling over sculpted rock – beautiful. The walk is circular and will take you back to Acharn Village through the woods.

Autumn here is so colourful.

The next day we climbed a Munro called Schiehallion: The Schiehallion experiment was an attempt to measure the mass of the earth using a pendulum and a mountain (Mount Schiehallion). The mass of the mountain was approximated and the deflection of a pendulum due to the gravitational force of the mountain was measured experiment involved measuring the tiny deflection of the vertical due to the gravitational attraction of a nearby mountain. Schiehallion was considered the ideal location after a search for candidate mountains, thanks to its isolation and almost symmetrical shape. It is a 10Km hike and one of the easiest Munros to climb and took 4 hours to summit the elevation of 1083m. It was fairly chilly on top but that made the hot chocolate back at the Anchorage taste so much better! 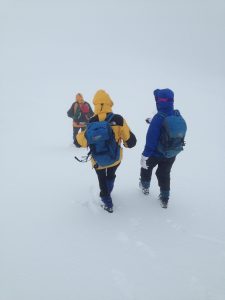 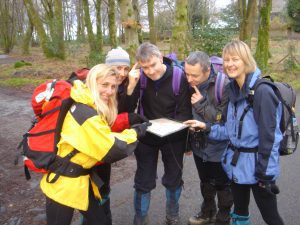 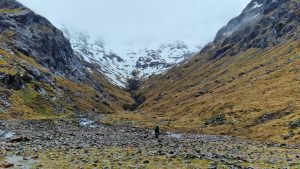