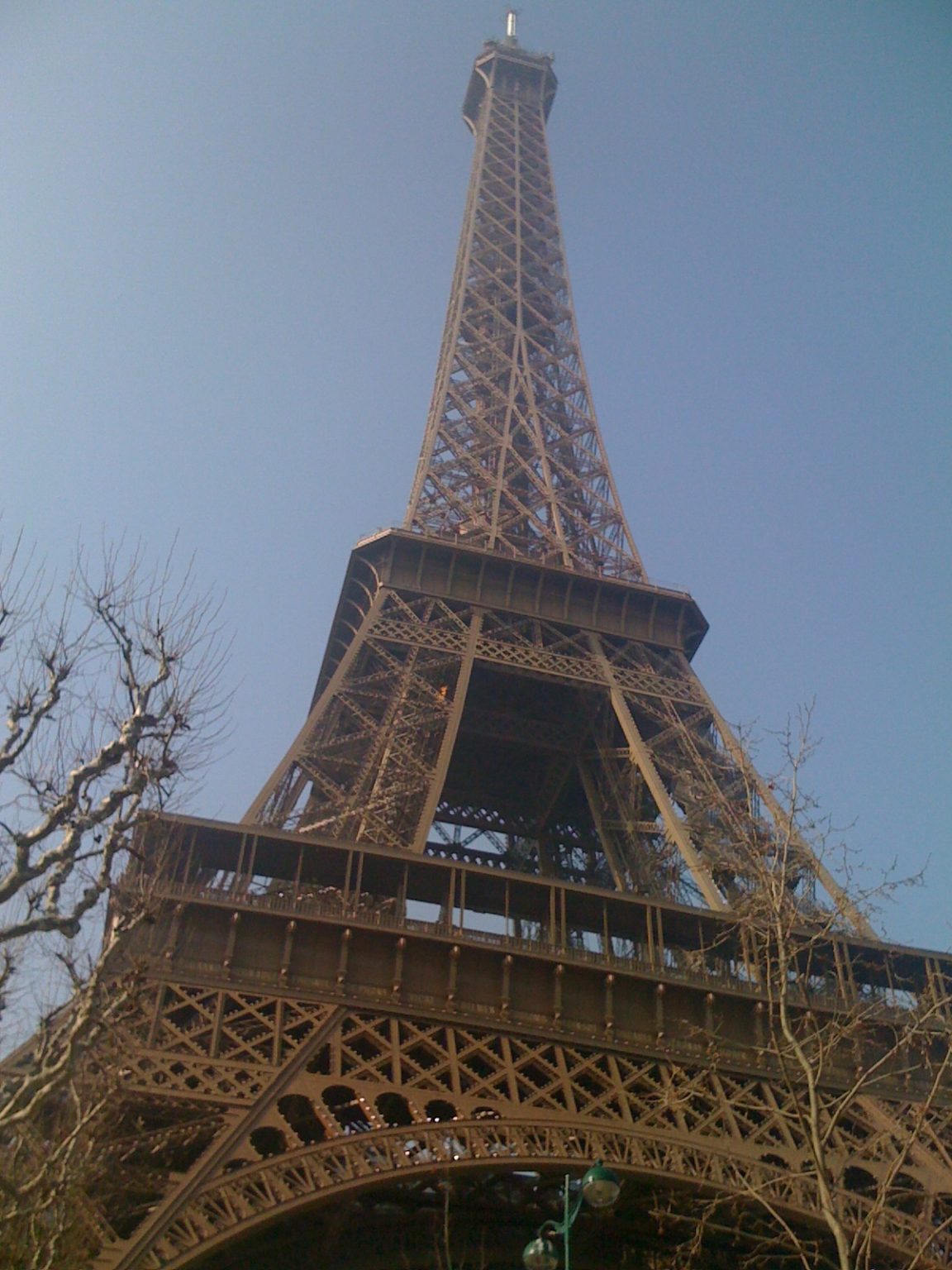 There is so much to do and see in Paris and however much time you have to spend here, you will always need more - which is why I have been back so many times ever since my very first visit in 1993. Climb to the top of the Eiffel Tower, stroll down the Champs Elysées, visit the Louvre, take an excursion to the Palace of Versailles, see the many shows and exhibitions, become a child again in Disneyland Paris or wander along the banks of the Seine...sit at a road side cafe and quite simply take the time to soak in the Parisian way of life! Every trip will leave you with enduring memories.

The Eiffel Tower was originally built for the 1889 World’s Fair as a monumental gateway. Contemporary critics called it monstrous and architects had thought it would be impossible to build such a structure of such height (324m to tip). Cold weather causes the metal of the tower to shrink, while heat makes it expand. The difference in the height of Eiffel Tower can be up to 15 cm and the top of the Tower sways in the wind. It is is painted in three different shades of brown, with the darkest shade on the top and the lightest on the bottom. The shading is meant to counteract atmospheric haze, and make the structure appear one uniform colour from top to bottom.

The Jules Verne hosted by three-star chef Frédéric Anton is amazing. Situated with spectacular views at 125m it is a perfect spot for lunch after going to the top. We chose the 5 course menu and the food was simply divine with outstanding service and a great choice of wine. I would love to come back and dine in the evening. When you dine here you also avoid the queues as you have VIP access.

58 Tour Eiffel on the first level represented great value and excellent food at EUR30 per adult including a glass of wine and a table at the window and fast track tickets.

The tower has three levels for visitors, with restaurants on the first and second levels. The top level’s upper platform is 276 m (906 ft) above the ground – the highest observation deck accessible to the public in the European Union. Tickets can be purchased to ascend by stairs or lift to the first and second levels. We chose to climb which from ground level to the first level is over 300 steps, as is the climb from the first level to the second. Although there is a staircase to the top level, it is usually accessible only by lift. The closest Paris Metro station to the Eiffel Tower is Champ de Mars / Tour Eiffel on line RER C. MUST DO while in Paris!

Stroll down the Champs Elysées

The Champs-Élysées is a truly stunning avenue: a picture postcard scene. Nearly 2 kilometres in length, this historic thoroughfare runs from Place de la Concorde to the majestic Arc de Triomphe. It is visited each day by nearly 300,000 people, who come to admire its majestic monuments, enjoy a shopping spree with luxury brands, or get caught up in the excitement of the major festive events that are organised here. The closest metro stop to the Champs-Élysées is Champs-Élysées – Clemenceau.

The Louvre is the world’s largest art museum and a historic monument in Paris, France, and is best known for being the home of the Mona Lisa. A central landmark of the city, it is located on the Right Bank of the Seine. The building was once home to Louis XIV. You could spend days here but we managed the highlights including Venus de Milo and the Winged Victory in an excellent 2 hour tour with Tours By Locals. Highly recommend a tour as so many nuances that you would otherwise miss are highlighted. The closest Paris Metro station to the Louvre Museum is Louvre Rivoli and Palais Royal Musée du Louvre, both on Line 1 (yellow) which travels underneath Rue de Rivoli.

Montmartre is located in the 18th arrondissement north of the Louvre. No visit to Paris is complete without a visit to this vibrant area on the hill overlooking central Paris. It is famous for the Sacre Coeur basilica and lively cobbled narrow streets and for me the epitome of Paris, the Place du Tertre. This is the throbbing heart of the artists village lined with brasseries and cafes. Tourists can get their portrait painted or sketched or buy pieces of art. We quite enjoyed the caricature of our three children! I purchased a delightful piece of art for my husband who loves to cook and is called Chez Paul. Abbesses. Abbesses is Montmartre’s most centrally located metro station.

Our favoured restaurant is Chez la Mere Catherine – chosen initially as my cousin’s daughter has the same name but we soon found out the interesting history. It is the most famous cafe on the square and is named after the founder Catherine Lamotte, who founded it in the turbulent year 1793. The most famous visitor in the debut was Danton (a leading figure in the French Revolution), who went to the guillotine in the same year. It is the perfect location to people watch during the day – we came for breakfast one morning with the intention of visiting galleries afterwards but ended up spending the entire day at a table in the sunshine chatting to several couples from all over the world who came and went for neighbouring tables. The French Onion soup is to die for!

The Notre Dame Cathedral is one of the oldest and grandest gothic cathedrals in the world. It was initiated by Maurice de Sully, bishop of Paris who in 1160 conceived the idea of combining the ruins of two earlier basilicas. During restoration in 2019 a fire broke out and destroyed most of the roof. The story of Victor Hugo’s novel (which he began writing in 1829) The Hunchback of Notre Dame is set here. The closest Paris Metro station to the Notre Dame Cathedral is Saint-Michel NOTRE DAME.

Below Montmartre Hill you will find the Moulin Rouge, the risque world famous cabaret performed in a 19th century windmill which has been exciting audiences since 1900. We had no idea what to expect but were completely blown away as to what an extraordinarily fantastic show this proved to be! The fact that each of us (including the children) were provided with a half bottle of champagne as part of the meal deal probably enhanced the whole experience! Moulin Rouge is best known as the birthplace of the modern form of the can-can dance but the show also includes amazing magic – amazing talent all round. The closest métro station is Blanche.

Out and About exploring

Cafe Procope Tenu Bar Zoppi is called the oldest café of Paris in continuous operation. It was opened in 1686 by the Sicilian chef Procopio Cutò and was a hub of the artistic and literary community in 18th and 19th century Paris.

The Café de Flore is one of the oldest coffeehouses in Paris, celebrated for its famous clientele, which in the past included high-profile writers and philosophers. We enjoyed delicious hot chocolates while watching the Parisians passing by.

Hôtel Maison Souquet is a completely unique boutique hotel perfectly located in Montmartre and even has a pool that is exquisitely decorated! 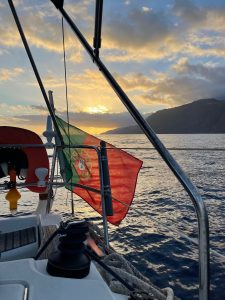 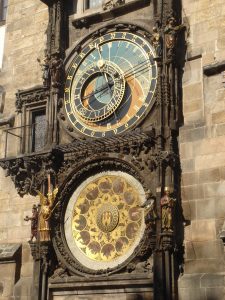