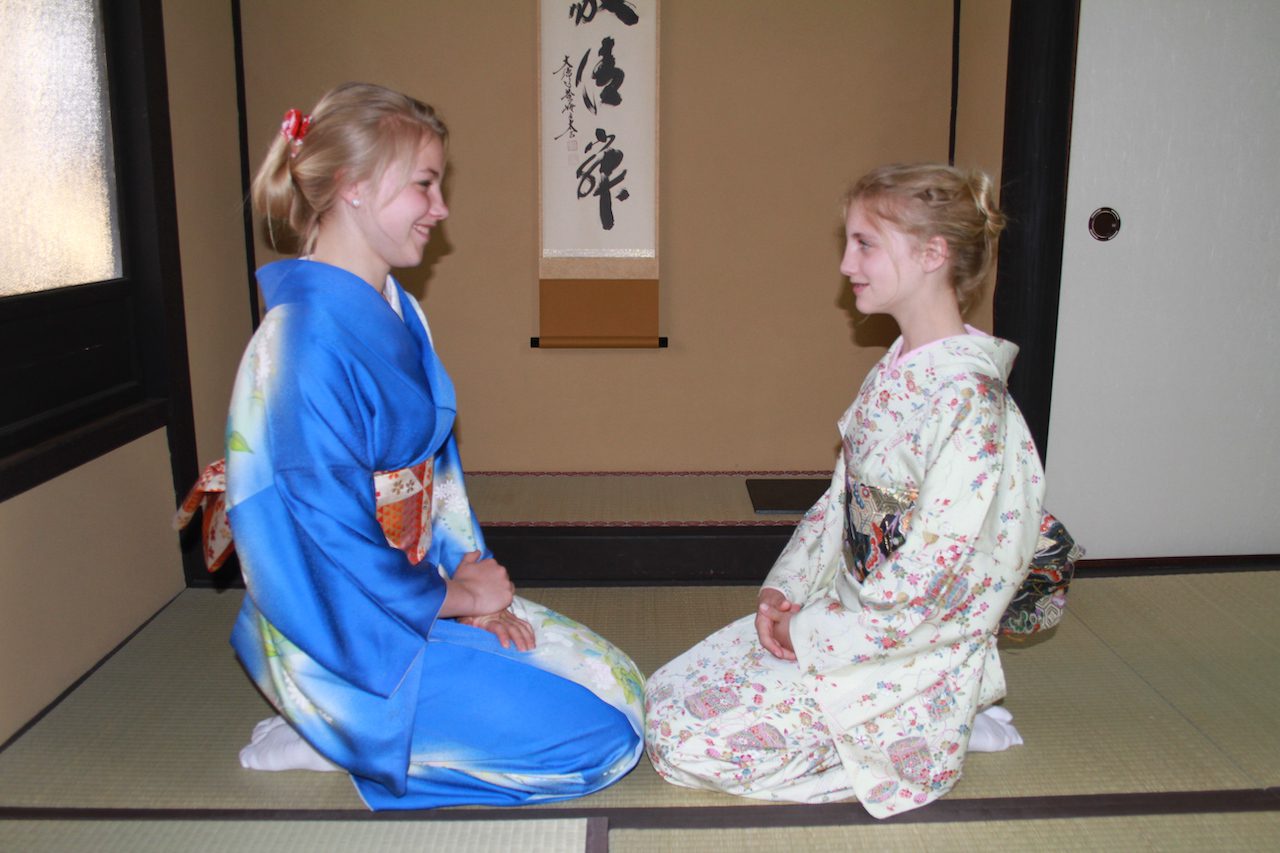 Kyoto, once the capital of Japan, is a city on the island of Honshu. It's famous for its numerous classical Buddhist temples, as well as gardens, imperial palaces, Shinto shrines and traditional wooden houses. It’s also known for formal traditions such as kaiseki dining, consisting of multiple courses of precise dishes, and geisha, female entertainers often found in the Gion district.

Up at 05h15 and headed to Tokyo Station – only managed to get our bullet train with moment to spare as had headed in wrong direction! Ordered two sushi breakfasts and two ordinary sandwiches which were delicious. I was reading ‘Geisha, a Life” while the girls snoozed. The train took 2 3/4 hours to arrive in Kyoto.

We spotted Mount Fuji rising up in the distance.

We were met by Toyoko who was very sweet – our driver was a very expensive and unexpected cost at £285! He dropped us at the bottom of a road and we walked up the hill through a very interesting cemetery with great views over Kyoto.

We arrived at Kyoto’s oldest Love Shrine, Jishu Shrine which is located behind Kiyomizu-dera Temple (founded in 780!) and draws many people hoping for some luck with romance and finding a good life partner. Charlotte and Caitlyn each bought a little charm for luck. At the top of the shrine monks were chanting and celebrating the arrival of the cherry blossoms.

It was interesting to witness visitors performing the temple and shrine purification ceremony upon arrival. The fountains are not for drinking but are called tsukubai – washbasins for purification. This ritual is to purify the mind and body and is not only for religious followers, but for everyone who wishes to visit the shrine or temple. There are strict rules with the water basins so make sure you know them before you start reaching for the water ladle: i) Take the ladle resting on top of the water basin with your right hand and fill it with fresh water. One ladleful should be enough to perform the whole ritual. ii) Position your hands away from the basin, as to avoid pouring used water back into the basin. Slowly pour the water over your left hand, then switch hands and use your left hand to pour water onto your right hand. iii) Your mouth should never touch the ladle; so pour some water from your ladle in a cupped hand. Then from the cupped hand, transfer the water into your mouth. Rinse and spit the water onto the rocks. Make sure you don’t drink the water! iv) Tip the remaining water in the ladle vertically so the water flows down the handle of the ladle. Put the ladle back on the fountain, and the ritual is complete.

We provided some entertainment for a group of school girls who posed for photos next to us.

It was a very interesting visit. When we left the girls enjoyed the incense smoke which is also supposed to bring you luck.

The walk was really bautiful with all the cherry blossoms.

The taxi collected us after we walked back down through interesting shops lining the narrow walkway. Next stop was the Engyo-ji which is a large temple located in the west side of Himeji, Hyogo Prefecture and where Tom Cruise filmed The Last Samurai.

We took the girls to get dressed in kimonos – it is quite time consuming so we left them there while we went sake tasing! The sake was delicious but we were not told how it was made!

We headed back next door to the girls who were now dressed and ready to be photographed!

Our taxi driver asked where we wanted to eat and we sai dthat we really wanted a very traditional place where locals go. So we headed to a Ramen Bar where all the other taxi drivers were eating – it was one of the best meals we had in Japan!

Feeling suitably filled our next stop was Nijo Castle. The castle consists of two concentric rings of fortifications, the Ninomaru Palace, the ruins of the Honmaru Palace, various support buildings and several gardens and was the residence of the first Shogun of Japan (head of the Samurai). The entire castle grounds and the Honmaru are surrounded by stone walls and moats. Surviving in its original form, the palace consists of multiple separate buildings that are connected with each other by corridors with so called nightingale floors, as they squeak when stepped upon as a security measure against intruders.The Shogun harboured those closest to him and those that had been captured in closest proximity. Only the highest ranked visitors were allowed all the way into the main audience room where the Shogun sat in an elevated position. Fascinating. We thoroughly enjoyed the tour here.

We then visited the zen Golden Pavilion, so called because it is lavishly covered in gold foil. There is an association between gold and Pure Land Buddhism where the former is considered to represent spiritual purity. Further, the Buddhist paradise is thought to abound with gilded pavilions. Felt very peaceful walking around this impressive site.

We then walked down Gion: Gion (祇園) is Kyoto’s most famous geisha district, located around Shijo Avenue between Yasaka Shrine in the east and the Kamo River in the west. It is filled with shops, restaurants and ochaya (teahouses), where geiko (Kyoto dialect for geisha) and maiko (geiko apprentices) entertain.

What a wonderful place to explore! … A fully fledged Geisha has both lips painted but when in training and still a Maiko, only the bottom lip is painted. Geishas are considered high-class and greatly respected entertainers, trained for years in traditional instruments, dance, parlour games and more. In Kyoto dialect, geisha are referred to as geiko (gei means “art” while sha translates to “person” and ko to “child”) or maiko. The former must be older than 20 while the latter is between the ages of 15 and 20. There are five hanamachi or kagai (geisha districts) in the Ancient City of Kyoto—Gion Kobu (the largest), Miyagawa-chō, Ponto-chō, Kamishichiken (the oldest), and Gion Higashi. These are home to what is currently estimated to be around 73 maiko, 186 geiko, and 132 ochaya (teahouses used for entertainment by geisha), according to the Kyoto Traditional Musical Art Foundation. The daikin, often called “hanakanzashi” is the big seasonal kanzashi a Maiko wears on the left fron side of her head. Its design changes every month and there are usually several designs available every month, depending on the respective Maiko’s taste. If the respective Maiko is still junior or still a young senior, she also wears a katsuyama bridge (don’t confuse this with the katsuyama hairstyle of the same name) of the same motif in front of her bun. Daikin are usually made of silk.

We were welcomed by an atatori who is the heir to an okiya or ochaya. They are often biological daughters of the proprietresses (Geisha are allowed and even encouraged to have relationships and children) and are/were Geisha themselves. It’s also common for an okaasan to adopt a girl and the make her the atatori. The adoption is necessary because of Japan’s very strict inheritance-laws. Ideally, atatori are groomed from early childhood and usually follow the route of Maiko -> Geiko -> Okaasan. A danna is the patron or sponsor of a Geisha. Usually a rich businessman, aristocrat or politician, he (or she!) pays for a part of a Geisha’s rent, bills, food, training costs and/or clothing and accessories. In return, being the patron of a Geisha brings him recognition and is a great way to show off one’s wealth and social status.

We were lead inside (apparently Richard Gere had been a guest here the night before and I was sitting where he had sat – be still my beating heart!). The young lady entertaining us had ben talent scouted in a very remote fishing village and her impoverished family were interviewed when she was 14 years old and had agreed to release her to the ochaya when she turned 16. She had been there for 6 months – we could not help but wonder what she really felt inside and empathised that she must have been missing her family tremendously. We were told that it was a great honour for her and her family and that she would now be supporting them for the rest of her life. She performed a tea ceremony. She danced for us. She showed us her art. She served the most amazing miso soup, tempura, savoy custard and sake – delicious. A very interesting 2 .5 hours. We had been told that the exchange of gifts was very important. We gave her the gift of a Harrods Teddy – despite her self contained composure she really seemed to be over the moon with our gesture of appreciation.

We headed back to Kyoto Train station – this was a revelation in itself!! The vegetables sold here are grown to perfection and cost in excess of £100 per item!!!!! Japan has an intricate gift-giving culture. Gifts play a major role in the cultivation of relationships. Seasons have a big weight in Japanese culture, and Japanese people love representations of the different times of the year in every form. Fruit is often seen as a suitable gift because it has a seasonality to it that allows people to experience the colours, smells and tastes of that season. It is also a perishable item, so people can consume it and it won’t clutter their house.The reason for the astronomical expense is the growing process – Luxury fruit has to look perfect, have just the right shape and taste amazing. Melons are the prototypical luxury fruit and literally cost £100s. Y13,000 in 2011 was roughly £98!

Fortunately there were more affordable items but needless to say we gave all of these a miss … although the wagyu steak looked tempting… in the end we settled for a bag of salted edemame!

Toyoko was a great and informative guide although she seemed a little quiet with the Maiko. She seemed delighted at the Harrods teddy that we gave her with her tip when we left at 10pm to get the bullet train back to Tokyo. 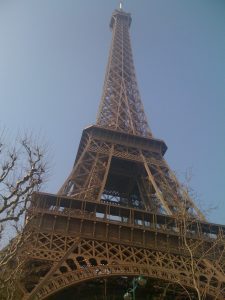 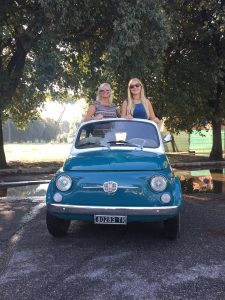 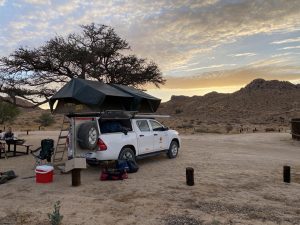