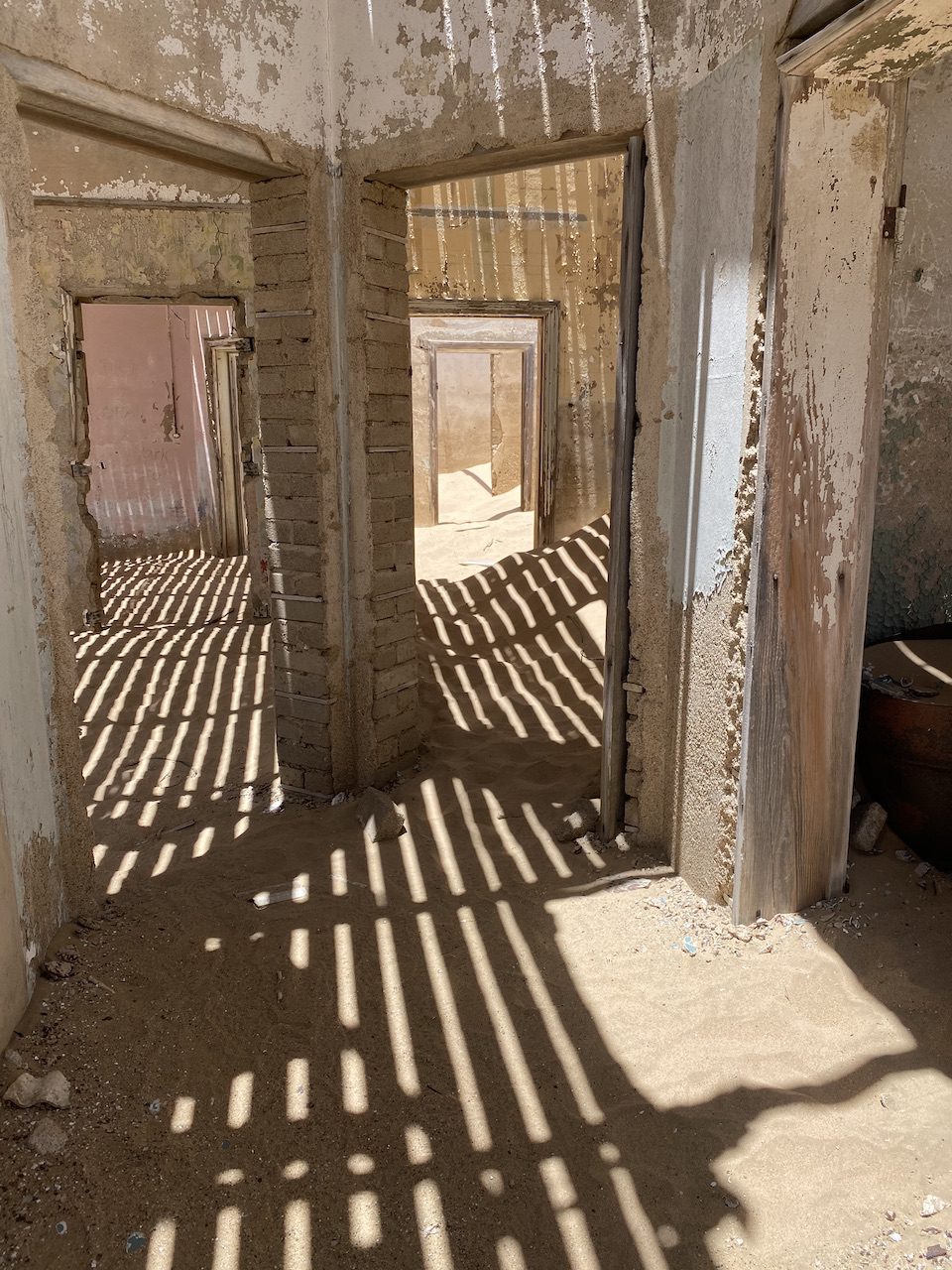 Kolmanskop is a ghost town in the Namib in southern Namibia, ten kilometres inland from the port town of Lüderitz. It was named after a transport driver named Johnny Coleman who, during a sand storm, abandoned his ox wagon on a small incline opposite the settlement.

Up at 06h00. Long day ahead of us. Great stay at this lovely campsite which was just as beautiful at dawn.

Excited to spot the wild horses of Garub Desert. There were six horses and then another two who came right up to the vehicle probably in the hope of being fed. Different theories regarding the origin of these horses exist. It is certain that the horses are not true wild horses, but that they originate from domestic horses. Today, approximately 150 horses live in 350 square kilometres stretch of the Namib Desert en route to Atlantic coast town Luderitz.

The Tsau ǁKhaeb National Park, formerly known as Sperrgebiet is a diamond mining area in southwestern Namibia, in the Namib Desert. It spans the Atlantic Ocean-facing the coast from Oranjemund on the border with South Africa, to around 72 kilometres north of Lüderitz, a distance of 320 km north.… Due to the historic diamond associations with the forbidden territory, the area has been off-limits to the public for decades, so is largely untouched and pristine – areas were opened to the public in 2008 but most of it still remains inaccessible. The road towards Luderitz has to be swept regularly as it gets covered overnight by desert sand.

It was a long drive on a long straight road. Got to Ludertiz at about 08h00 having driven past Kolmanskop. Our information was out of date and we thought we had to buy tickets in town but you could in fact buy them at the entrance. As we were right there we took the gravel road exit to Diaz Point where we photographed flamingos at the side of the road.

Had a mild panic as thought I’d lost my phone so headed back into ton only to find it on side of car! Headed back.

The road snakes its way around the lagoon, over hills and outcrops and finally ends at the tip of  the Lüderitz peninsula. Beyond the lighthouse, is the actual point where Portuguese explorer and navigator, Bartolomeu Dias, landed on July 25, 1488, St. James Day. The cross sits high on a headland. As was the Portuguese custom, Dias erected a padrão, a large stone cross inscribed with Portugal’s coat of arms, claiming the land for Portugal and dedicated to São Tiago (St. James). We walked from to Diaz Cross – wild, windy! Dead seal on the beach. Lots of kelp. More flamingos. The shell beach was beautiful.

Back to Luderitz and bought SIM cards.   Fantastic seafood lunch (10h30!!) at Portuguese Fisherman – seafood platter, sushi, oysters – excellent! The owner had just caught a massive tuna which he was filleting for sushi. What a great find!

Then Kolmanskop – ghost town being reclaimed by the desert… amazing photo opportunities. The history:

One evening in 1908, a Namibian railway worker named Zacherias Lewala was shovelling railroad tracks clear of creeping sand dunes when he saw some stones shining in the low light. Lewala’s German employer identified them for what they were: diamonds. Lewala was not paid or rewarded for his find. Soon, hordes of prospectors descended on the area. By 1912, a town had sprung up, producing a million carats a year, or 11.7 percent of the world’s total diamond production. Wealthy Kolmanskop became a well of luxury in the barren desert. There was a butcher, a baker, a post office, and an ice factory; fresh water was brought by rail. European opera groups even came to perform. A sort of mad eccentricity reigned. One family kept a pet ostrich that terrorized other townspeople and was made to pull a sleigh at Christmas. Intensive mining depleted the area by the 1930s, and in 1928, the town’s fate was sealed when the richest diamond fields ever known were found on the beach terraces to the south. The townspeople left in droves, abandoning homes and possessions. By 1956, Kolmanskop was completely abandoned. The dunes that once rolled over Lewala’s railway tracks now burst through the ghost town’s doors and porches, filling its rooms with smooth banks of sand. This stark reminder that ‘nothing lasts forever’ is now a popular tourist site for photography and tickets can be purchased at the entrance gate.

Definitely worth a visit! Eerie and surreal. We were the only people there!

After our stop at Kolmanskop we headed to Aus to get a new tyre fitted – this tyre also was reconditioned and the chap at the garage said it should never have been refitted as it was actually dangerous because such an enormous amount of tread had been replaced which is not good practice. While the tyre was being done we stopped at the only hotel in town for iced coffee and cake. Amazing photos of this hot desert town covered in snow in a harsh winter!

Hit the road – stunning scenery. Lots of singing. Everyone took it in turns to drive. Saw a dead gemsbok on the fence. Spotted zebras.

Roadmap impossible to use but managed to find our way to Sossusvlei Lodge. The MOST spectacular sunset ever!! Service and food average at best but the location made up for it.

We had Rooms 4 & 5 which are not the best as the view is obscured by a massive mound of rocks.  Rooms are however large and comfortable and environmentally friendly. No air-con but a fan so very hot. Asleep by 10pm.

Go back to: Klein Aus 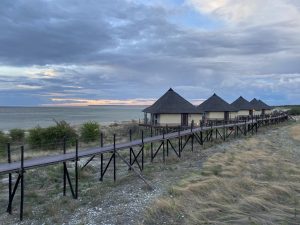 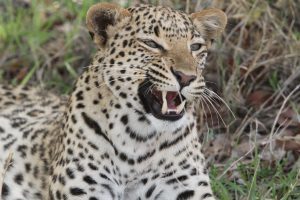 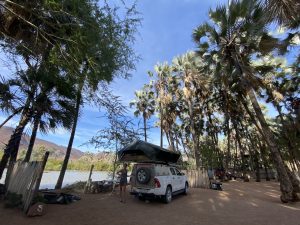