Appropriately branded as 'Simple Luxury' the 6 secluded and stylish Kicheche Bush Camp safari tents with bucket showers are situated under Acacia trees with a stunning vista of the bush - prolific game abounds! Food is delicious and plentiful - BUT be wary of Kennedy who is always topping up your wine!

Safarilink operate several flights daily and we enjoyed a hassle free transfer. On our drive to camp we passed co-owner, the enigmatic Paul Goldstein who was casually going for his daily jog in the bush no doubt training for his next marathon to be run with a tiger on his back to raise funds for this endangered animal! Kicheche Bush Camp came highly recommended by a photographer friend who knows that we are avid wildlife enthusiasts. It exceeded expectations. Set in the Olare Motorogi Conservancy bordering the Masai Mara Game Reserve it is managed by the friendly and capable Darren and Emma who welcomed us on arrival. The fact that most guests are returning visitors speaks volumes.

🙂 LOVE the bucket showers – warm and wonderful but feel as though you are camping!

🙁 Not enough hours in the day!

Our Guide was the lovely Mika – all Kicheche staff are highly trained and extremely knowledgeable. This camp is favoured by keen photographers and all Guides know exactly where and how to position the vehicle to get the best possible light and shot. There is commendable focus on sustainable community development and one can visit the MAA Trust which has a focus on women empowerment and education.

Wildlife viewing is off the scale. The beauty of this Camp is that you are not constrained by the usual limited time on game drives before returning to base for breakfast / dinner etc. For example, on one particular day we found a coalition of 5 male cheetahs in the Mara and they were on the hunt. Paul G asked whether we minded skipping lunch and staying out so as not to miss the moment when it happened. There was violent agreement, besides we had a generous packed breakfast which would sustain us for as long as it took. Well, 5 failed hunts and 10 hours later we got our kill! AMAZING. The photos tell the tale.

Game viewing is prolific – every drive yielded more excitement and surprises. We particularly enjoyed this pride of lions on a kill which they had stolen from a clan of disgruntled and bloody hyenas. All the scavengers waited patiently in the background for their turn, including another clan of hyenas who were bickering with those that had made the kill. The male lion is well known and called Olbarnoti and is part of an old coalition in the area. Interestingly, as soon as he moved off the kill the scavengers moved in, ignoring the females and cubs.

The previous day we had spend some time with Olbarnoti’s brother who he had been in a highly successful coalition with for many years: Lolparpit. Here we found him on a rancid hippo carcass. A clan of hyena were trying to move in as they could sense how old and weak he was. However, in the background his two sons were snoozing and when the hyenas tried to move in, they chased them off. Sadly Lolarpit passed away about two weeks after these photos were taken – he was 16 years old – a true warrior whose legacy will live on in the genes of his many offspring.

We were extremely fortunate that Paul G was in camp as he offered to take us out with him in his vehicle and give us some photography advice. You are able to hire lenses from Darren at Camp at a reasonable rate: Cannon 500ml F4 and the EOS 5D Mark4. The most important items though are BEANBAGS! For stability. Here are some photos taken with Paul G. Trying to capture the bee eater making the transfer was nigh on impossible! On our way back to camp he suddenly commanded us to jump out the vehicle and to climb on the nearby log – the brilliant photo of the two of us below is the result.

There is a reason that songs are written about African Skies – need I say more….

Sadly, due to poaching rhino are no longer prolific in the Mara BUT you can still have the opportunity to see these magnificent beasts at Kicheche Laikipia.

There is SO much more to see than just the BIG 5!

It was with truly heavy hearts that we left Kicheche – magnificent memories, new friends made and lots of lessons in photography learned. We WILL be back and we WILL buy beanbags! 🙂

Go Back to: Kenya 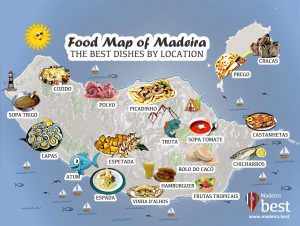 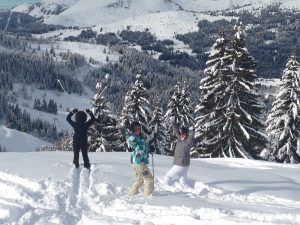