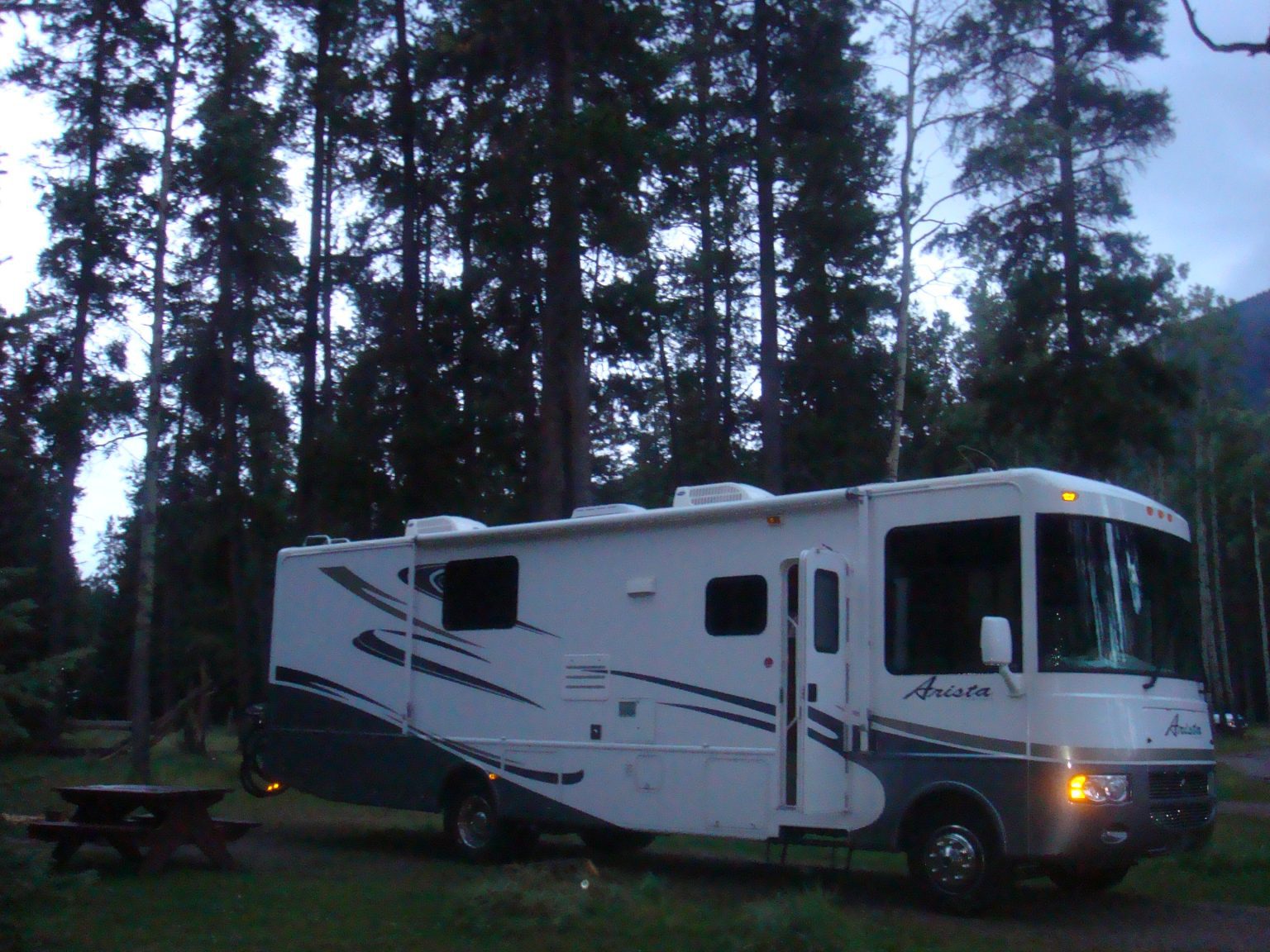 Jasper, an alpine town in Canada’s Alberta province, is the commercial centre of Jasper National Park. Amid the snow-capped Canadian Rockies, the park has glacier-fed lakes, forests and rivers. The Jasper SkyTram climbs to the summit of Whistlers Mountain, with views of downtown. The Jasper Yellowhead Museum and Archives presents exhibits on the fur trade, railway and early exploration of the park. Miette Hot Springs, located in Alberta's Jasper National Park, features the hottest mineral springs in the Canadian Rockies.

🙁 Pete had a tantrum and walked off i bear country and a search party was launched!

Woke up at 09h30 which was later than planned as decided not to set alarm as been up so early every day.We drove to Maligne Lake to stop for breakfast. Maligne Lake is a lake in Jasper National Park, Alberta, Canada. The lake is famed for the colour of its azure water, the surrounding peaks, the three glaciers visible from the lake, and Spirit Island, a frequently and very famously photographed islet. It is the largest natural lake in the Rockies with a shore length of 45Km. We saw a double rainbow which we took as a sign of good luck … and thi swas soon to become true!

We did the trail to the Maligne Canyon and Potholes which are quite stunning. It is a short walk along the top of the canyon allows visitors a peek into the floor of the canyon 50m below. Walking along the canyon rewarded us with views of odd rock walls, exposed caverns, and deeply carved potholes; leaping cascades and rushing waterfalls; lush plants and lichens; and even a few fossils.

We continued on our dive and spotted a magnificent male elk with beautiful antler. We took some photos and then within a kilometre we came across a bear with two cubs – one was tiny and the other must have been born the year before – a massive traffic jam ensued but we didn’t care – we were so happy to finally have seen bears!

Our next stop was Moose Lake where we did the scenic 2.7Km circular walk. We saw plenty evidence of moose bit no actual animals. There were loads of mosquitoes – so take insect repellent!! An absolutely lovely walk which we all really enjoyed.

After our walk we drove to Jasper to top up on shopping. We went up the Jasper Tramway which offers great views of the area – but we think Banff was more beautiful as a bit wilder. The Jasper SkyTram is open 10am – 5pm and is an aerial tramway on the mountain called The Whistlers near Jasper, Alberta, Canada. It is the highest and longest guided aerial tramway in Canada. It goes to a height of 2,263 metres above sea level with a travel time of 7.5 minutes. We saw another double rainbow which we took as another double sign of good luck!

Paul was not in the mood to drive the last 15Km to Miette Hot Springs and wanted to head straight back to Pocahontas Camp – he then asked Pete and Trent who also said no, but I insisted as there was no time to visit on the next day… the road was of course steep, twisty and tricky so a bit slow in the huge RV. This did nothing for people’s frames of mind. Once we arrived everyone seemed happier and put the costumes on except for Pete who slammed the door and stormed off. The setting of the springs is amazing. We dipped in and out of the cold water and into the 40C water.

We had arrived at 20h30 and after 30mins we felt we ought to go back to Pete and head to the campsite. There was no sign of him anywhere. Paul, Trent and I searched high and low. The sun had set and there were signs everywhere telling people to stay in their cars due to the danger of bears. I cooked spag boll while Paul and Trent called and looked – we ate at 22h00 and still no sign. After we ate Paul eventually went to report Pete missing at the Miette Springs Office – they suggested that we drive back down and then up again if we had not found him. On our way down a car flashed us and told us Pete was walking further down – he had walked 17Kms without a torch in the pitch black! By now it was 23h30. Paul was furious. We only got to Pocahantas at 01h00 so no sitting around the fire pit as planned. 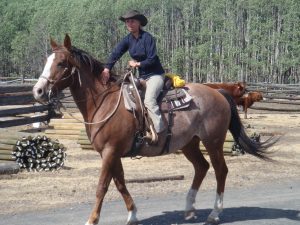 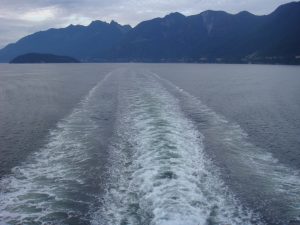 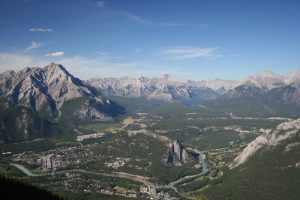