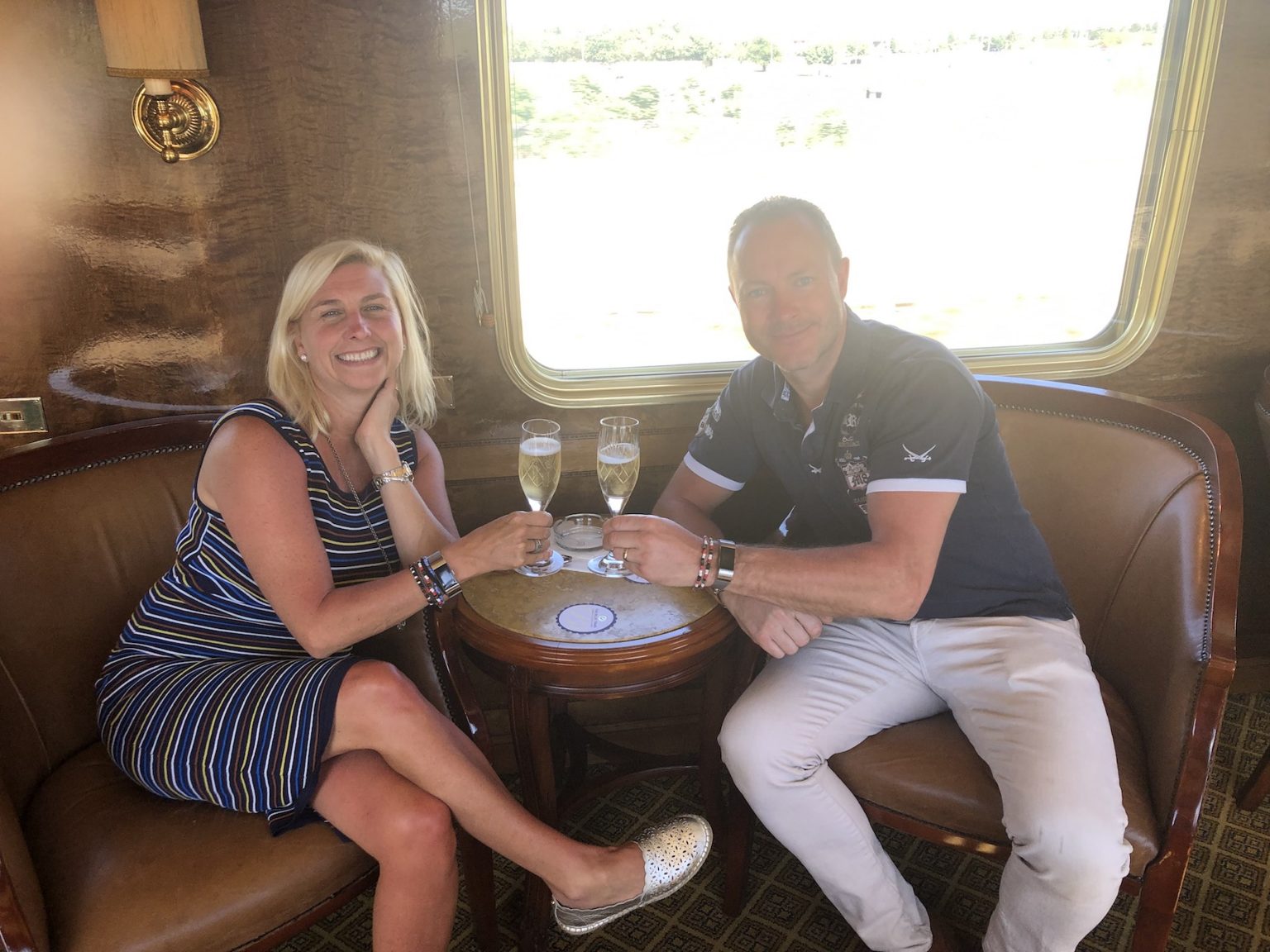 A luxurious window into the soul of the Rainbow Nation! The route between Pretoria and Cape Town is a circa 31-hour journey (give or take a couple of hours - this is Africa!) of 1 600 kilometres, through some of the most diverse and spectacular scenery offered by the African sub-continent.

🙂 LOVE train journeys and this was fantastic – friendly service, lots of sparkling wine and delicious food!

December 2018 signified the arrival of my 50th birthday and I had planned to celebrate the month in style! After our departure from the amazing Mount Nelson Hotel our flight to Johannesburg was seamless and our taxi transferred us to the complimentary hotel arranged on a bed and breakfast basis by the Blue Train. Castello Di Monte is a palatial Tuscan style property located in the upmarket area of Waterkloof, Pretoria. Our suite was enormous and the service was excellent. We were very excited to see the two other couples who were also travelling on this leg of our adventure with us before joining us on safari. We had a quick drink with them before getting ready to meet my family at a nearby restaurant.

We had arranged to meet my (now late) Aunty Theresa (Late Mother’s sister) and my cousins (her three sons) Henry, Izak and Pieter and their wives and 8 children to celebrate my 50th at a Greek restaurant called Prosopa which was literally a 5minute drive from our hotel. We were waiting outside the large barbed wired fencing of our hotel when the security guard hastily called us back inside and told us it was a high crime zone with many car-jackings as it was a prestigious address with many ambassadors who lived on the road!! The lost taxi driver finally found us but then we were not sure as to whether the restaurant was actually open as no lights were on – however, all was OK. It was just that Loadshedding had kicked in! Welcome to Africa. We were told it would be fine as they had a generator to cook with. The candle light actually added a certain ambiance! My family are wonderful true Afrikaaners which meant that it was an evening of love and hilarity with “Happy Birthday” being sung at every opportune moment and lovely gifts received. The most special of which was a necklace which Aunty Theresa had gift wrapped and annotated as a gift from my Mother as it had belonged to her. Emotional and one of the best gifts that I received (the other being a leopard’s claw, but you can read about that in the Djuma Blog). Such a special evening with loved ones to kickstart my celebrations, so grateful for Family.

We enjoyed a delicious breakfast with our friends before being transferred to the train station where we were given the red carpet treatment! From the moment at Check in at 8.30am for the Blue Train until we disembarked we were not without a glass of Graham Beck rose in hand!

Mobile reception was not great which would normally not have bothered me, except for the fact that the utterly useless Bottleshop.co.za had monumentally managed to mess up my 50th birthday wine order which was due to be delivered at Djuma and was currently not even on order, despite the full order for 20 people for 5 days being confirmed as in stock and being dispatched 6 weeks ago. Unnecessary stress. The other more amusing inconvenience was that you are told that you have a Butler at your disposal – well none of our three couples ever managed to make actual contact with our Butlers except at the end when they came to collect their tips! Never the less, the Graham Beck flowed and the food was delicious and the company divine. As we relaxed we felt that a yoga session was entirely appropriate!

Brunch was a delicious affair but we felt that we all needed a nap afterwards!

We dressed for dinner which was magnificent. We had all pre-requested baths in our suits which was a really nice touch. This did mean that we were all in different carriages though, as only one suit per carriage has a bath. The double beds were also very comfortable. Afterwards we mingled with some of the other Passengers which was very pleasant. We were the last to remain in the Smoking Carriage (but No Smoking) but we felt under no pressure to leave. The pianist was very relaxing and the barman superb.

We were up at 8am and enjoyed a delicious breakfast…. and then more Graham Beck…. and lovely scenery.

We were all relaxing with yet more Graham Beck after lunch feeling rather disappointed that due to significant delays we would NOT be stopping off at the Great Hole in Kimberley. We were having a chat with a German couple opposite us when suddenly there was an almighty bang! I told everyone to get down on the floor fearing that it was a gunshot! Fortunately it was just some kids on the side of the railway line that threw a brick at our window. Luckily it only cracked but it gave us such a shock that the German lady was in tears. More Graham Beck required.

Everyone had been a little shaken up by the incident but it cheered us up to look out of the window and see the massive traffic jams on the road – at least we were speeding (OK, maybe not speeding but moving) onwards to Cape Town … we trundled in at 5pm rather than 3pm and had missed the Big Hole at Kimberley but we were still jubilant to arrive back in the Mother City! We will just have to do the Rovos next time to the the Big Hole!

Our verdict: Amazing, Excellent, Wonderful. Just do it! A great Rail Experience. Our little (and we mean LITTLE) was this Mantle piece clock from the Blue Train Team… not its size in comparison to my mini Mont Blanc Pen. It is LITTLE! LOL. 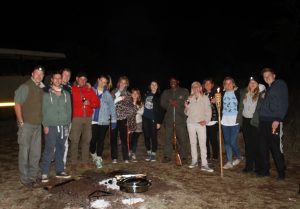 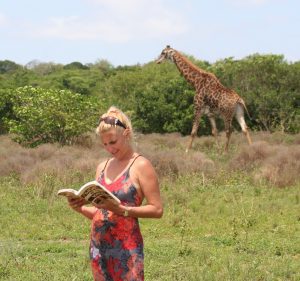 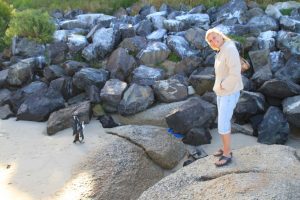