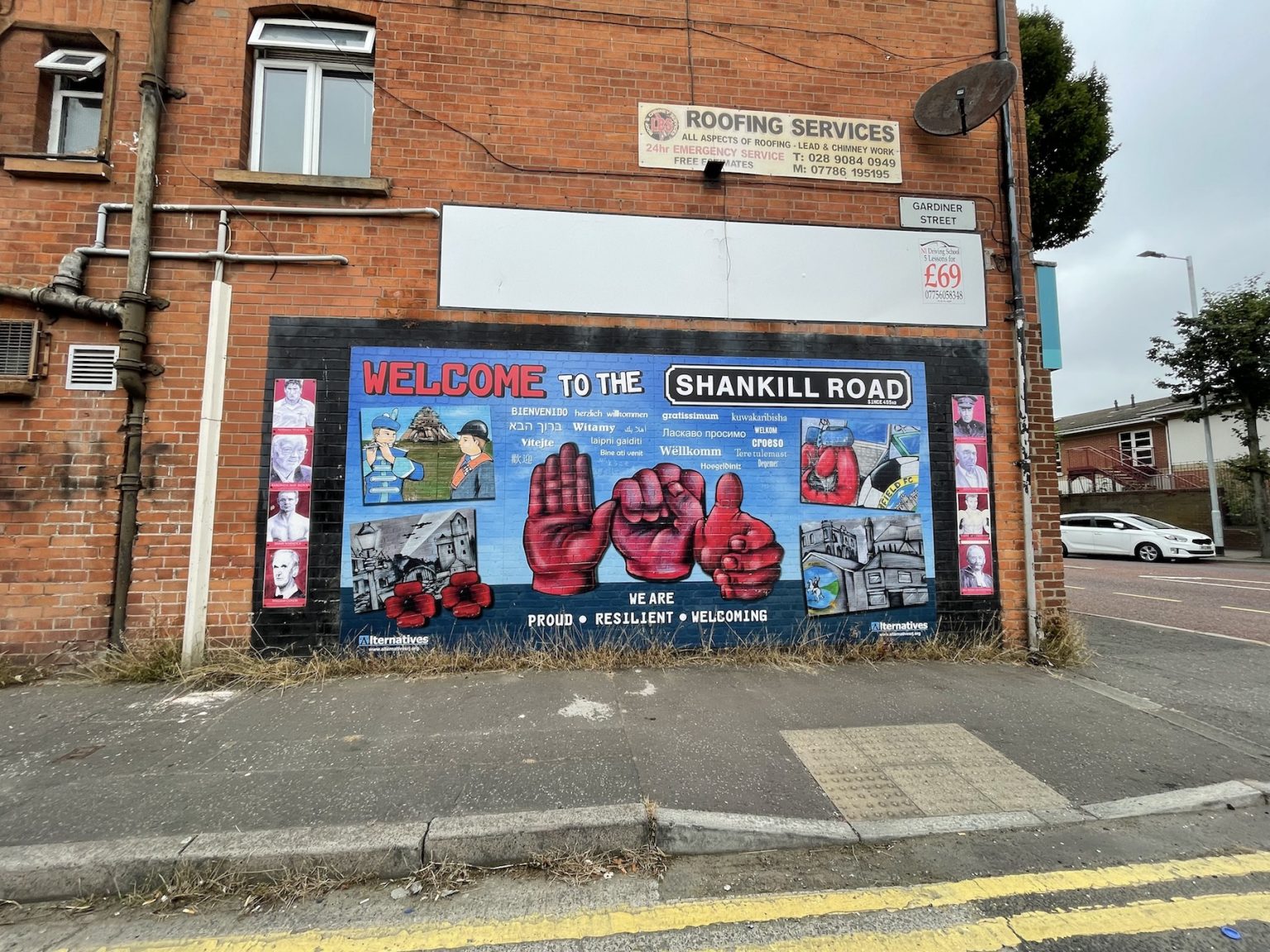 Belfast is the capital and largest city of Northern Ireland, standing on the banks of the River Lagan on the east coast. The Titanic was built in Belfast. It was one of the most dangerous cities to live in in the world. From 1968 to 1998, Northern Ireland and specifically Belfast were going through war called the Troubles. It opposed Catholics and protestants. This political conflict led to a lot of bombings and made Belfast a very hostile and dangerous city to live in for 3 decades. Now it however a vibrant City to visit and learn about its fascinating history. Belfast is a very modern city now and is located on a beautiful island. For these reasons, it started to attract a lot of IT and entertainment companies. The TV industry is worth over a billion pounds in Northern Ireland.

We were very excited for our 1hr30min flight from Gatwick to Belfast as this is a City that we had always intended to visit but had just never got there. Our taxi soon dropped us off at the Titanic Hotel Belfast. Our suite overlooked the Titanic Quarter with the scaffolding which had held the Titanic while it was under construction. The interior was art deco and based on the White Star Line ship cabins built by Harland & Wolff. Very cool. The view from our room of the museum was intended to look like the Titanic and was based on the actual size of the ship which puts it all into perspective.

The Hotel Belfast’s bar is located in one of the former drawing offices of the restored Harland and Wolff headquarters. I of course had to order the delicious Punch Romaine, a palate cleanser which was served to first class passengers during the fateful last dinner on board the Titanic on the 14 April 1912 when 1,500 people died. Paul settled for a good old Guinness. Highly atmospheric.

We enjoyed a good breakfast and were met at the door by or Black Cab Driver from Black Taxi Tour Political Murals and Peace Line. We were immediately struck by what a friendly chap he was but more importantly that that he was exactly the same age to us and yet had lived another life in parallel to ours (well Paul’s anyway – much of what he said reasonated with me as I grew up in Apartheid South Africa in the late 60s/early 70s and we also lived with the threat of bombings on a daily basis).

Belfast was at the heart of a bloody, sectarian conflict for over thirty years. Known as ‘The Troubles’, the violence claimed the lives of over 3,500 people and injured nearly 50,000 people. On one side was the Catholic population, who were Nationalist and Republican in their political outlook and wanted Northern Ireland to be united with the Republic of Ireland. And on the other side was the Protestant community, Loyalist and Unionist in their political outlook and who wanted Northern Ireland to remain under British rule. The grievances of both communities are captured on infamous murals dotted throughout Belfast. We saw murals featuring pleas for civil rights and peace and some paying homage to the British Monarchy and there were violent murals featuring paramilitaries holding guns and carrying sinister warnings to the other community. We signed the 25-foot Peace Walls that keep the Catholic and Protestant communities apart to this day, 25 years after the Good Friday Agreement. It was absolutely fascinating and we held onto his every word – this was supposed to be a 90minute tour but it took 3 hours with photo stops everywhere that we wanted and then he tried to give us money back because we had overran – of course we have him a well deserved tip instead. We had learnt so much about history that we were largely ignorant about and actually got quite emotional hearing his stories.

Wikipedia: The Orange Institution commemorates the civil and religious privileges conferred on Protestants by William of Orange, the Dutch prince who became King of England, Scotland, and Ireland in the Glorious Revolution of 1688. In particular, the Institution remembers the victories of William III and his forces in Ireland in the early 1690s, especially the Battle of the Boyne. The Loyal Orange Institution, commonly known as the Orange Order, is an international Protestant fraternal order based in Northern Ireland and primarily associated with Ulster Protestants, particularly those of Ulster Scots heritage. It has traditionally opposed Irish nationalism/republicanism, and campaigned against Scottish independence. The Order sees itself as defending Protestant civil and religious liberties, whilst critics accuse it of being sectarian, triumphalist. As a strict Protestant society, it does not accept non-Protestants as members unless they convert and adhere to the principles of Orangeism, nor does it accept Protestants married to Catholics. Orange marches through Irish Catholic neighbourhoods are controversial and have often led to violence as the Drumcree conflict, although most marches pass without incident.

The guns on the mural of Shankill Road follow you wherever you walk in this Loyalist Protestant neighbourhood. The Shankill Road bombing occurred on 23 October 1993. The Provisional IRA attempted to assassinate the UDA leadership, who were due to meet above Frizzell’s fish shop below the UDA’s Shankill headquarters when a bomb exploded prematurely as it was being planted. Nine people were killed in addition to one of the bombers, 23 year old Thomas Begley. Violence erupted in Northern Ireland in the weeks after Begley’s death. The UDA stated that they would obtain revenge for the attack and claimed “John Hume, Gerry Adams and the nationalist electorate will pay a heavy, heavy price for today’s atrocity.” Within 12 hours of the Shankill bombing, a 22-year-old male Catholic civilian was shot and killed, and within a week five others were also killed.

The Belfast Peace Walls were erected in a bid to reduce tensions in the city between Loyalist and Nationalist communities.

Standing for longer than the Berlin Wall ever did and now part of the city’s social fabric, the Belfast Peace Walls have become an iconic part of the Belfast experience for those who visit and want to understand the city’s turbulent past.

We left our mark on the walls which were still peppered from bullets.

On the night of August 15th, 1969, with tensions running high in the aftermath of the civil rights marches, a loyalist mob rampaged through Bombay Street in west Belfast, throwing incendiary devices into each Catholic home and burnt the neighbourhood down leaving 1,500 families homeless. Bombay Street was subsequently rebuilt and arose out of the ashes, a very powerful symbol of the resilience and resourcefulness of a risen people. Massive steel and mesh wire cages still cover the back yards and gardens of the Bombay Street homes which back on to the huge “peace wall” on the Shankill Road side.

Robert Gerard Sands was a member of the Provisional Irish Republican Army (IRA) who died on hunger strike while imprisoned at HM Prison Maze in Northern Ireland. Sands helped to plan the 1976 bombing of the Balmoral Furniture Company in Dunmurry, which was followed by a gun battle with the Royal Ulster Constabulary. Sands was arrested while trying to escape and sentenced to 14 years for firearms possession.

He was the leader of the 1981 hunger strike in which Irish republican prisoners protested against the removal of Special Category Status. During Sands’s strike, he was elected to the British Parliament as an Anti H-Block candidate. His death and those of nine other hunger strikers was followed by a new surge of IRA recruitment and activity. International media coverage brought attention to the hunger strikers, and the republican movement in general, attracting both praise and criticism.

After our thoroughly informative tour we were dropped back at the Titanic Museum which again was definitely worthwhile to see all the memorabilia and was followed by High Tea. 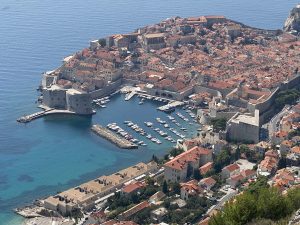 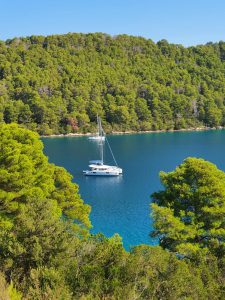 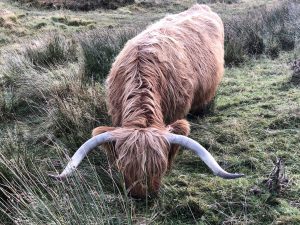