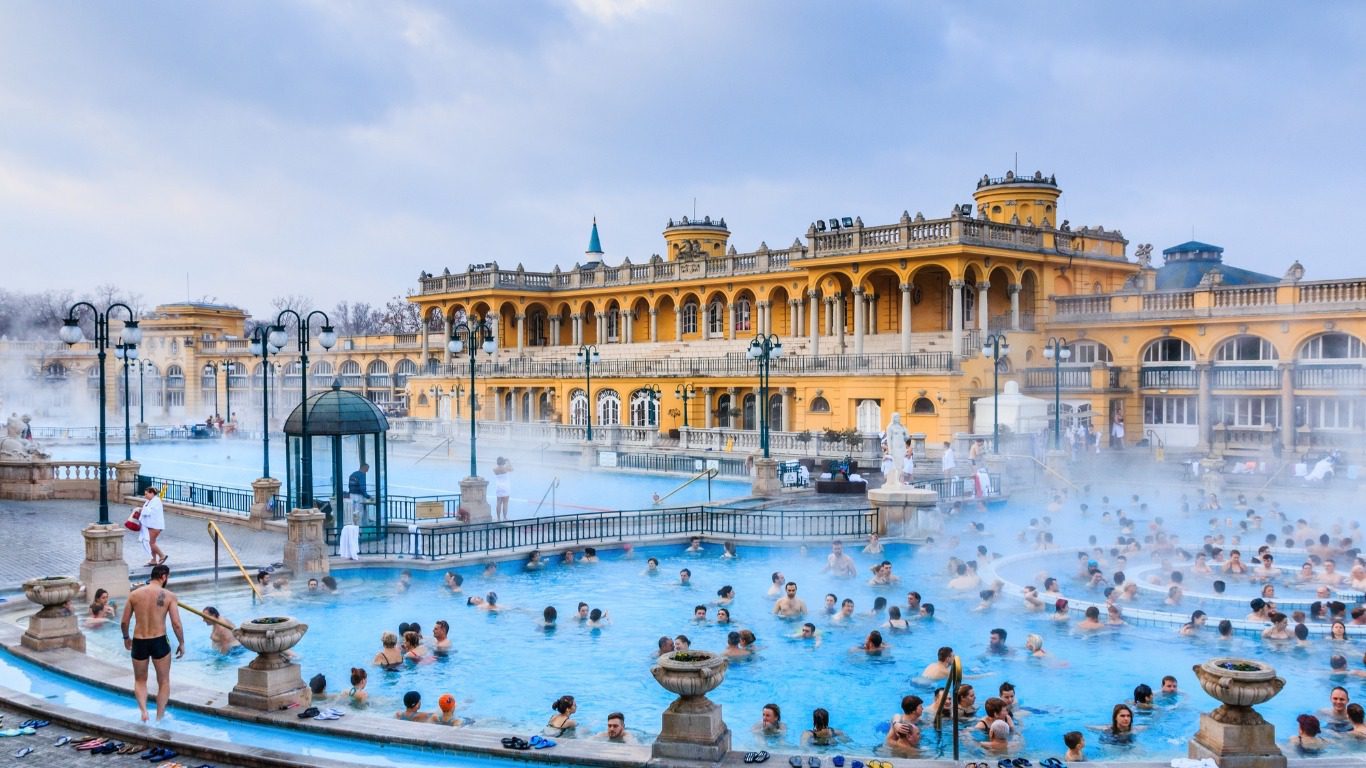 Hungary is a landlocked country in Central Europe. Its capital Budapest, is bisected by the Danube River. Its cityscape is studded with architectural landmarks from Buda’s medieval Castle Hill and grand neoclassical buildings along Pest’s Andrássy Avenue to the 19th-century Chain Bridge. Turkish and Roman influence on Hungarian culture includes the popularity of mineral spas. Hungary has a population of 10 million. Hungarians are known for Paprika, Goulash and Tokaji wines.

The capital of Hungary, Budapest has over 1.8m inhabitants - 1/5 of the country's population. Situated on the Danube this incredible City has beautiful baroque and art nouveau buildings around every corner - paradise to explore on foot ... and great food too!